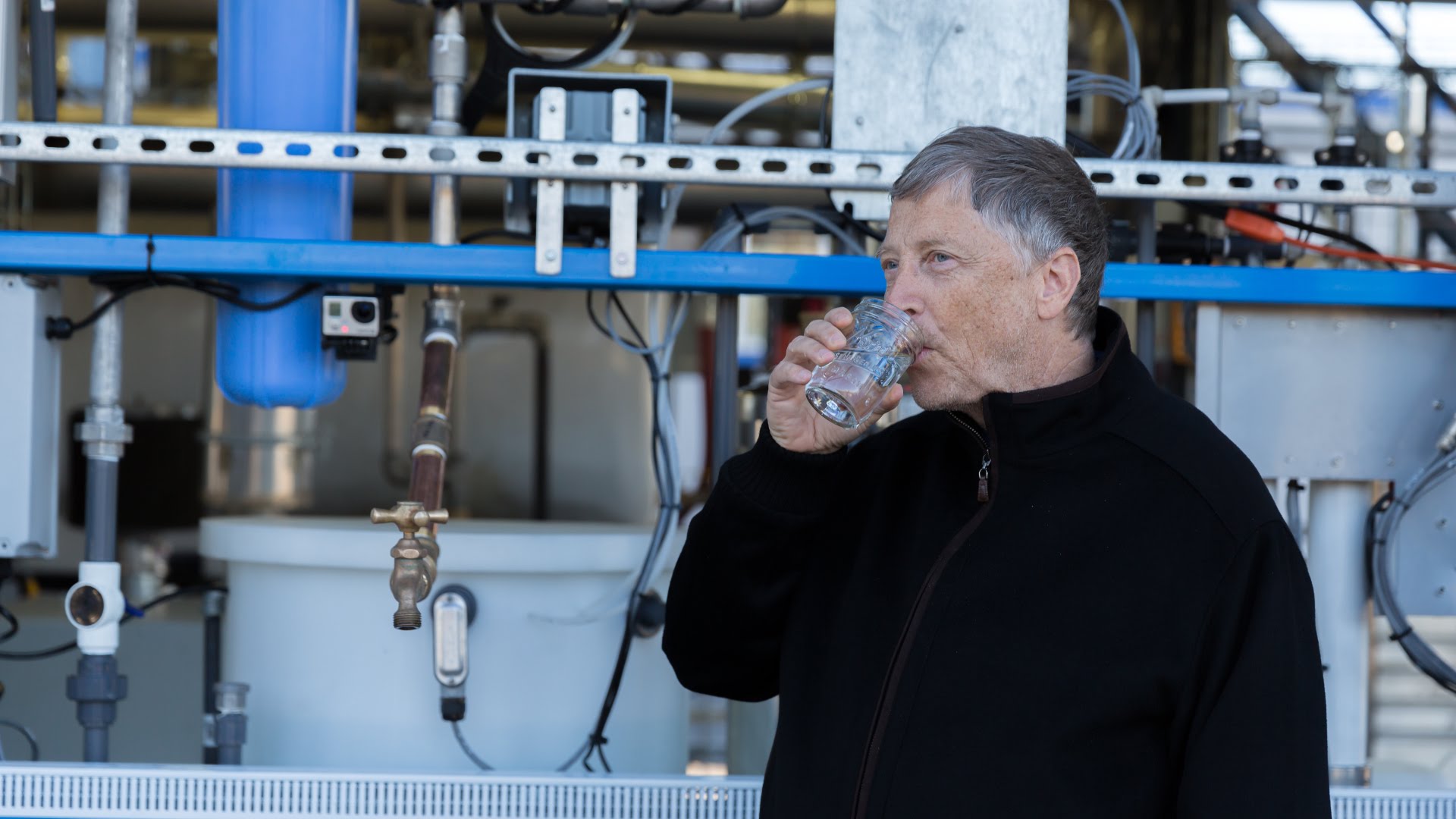 Yep! Water you can drink from the waste you create. Does it get any more sustainable than that?

Bill Gates is sold on the idea, and the Gates Foundation has put funding into Janicki Bioenergy’s Omni Processor Model S100. To prove his confidence in the process, Gates drank a big glass of the crystal clear liquid and likened it to bottled water.

The original plan wasn’t about water at all; it was intended for the more conventional use of ridding human waste and generating energy. Economic viability, as well as meeting human needs, was an incentive to make use of the steam to produce water as a by-product, not just generate energy.

The process is relatively straightforward. The waste goes into the Omni Processor where the sludge is heated to boiling, generating steam and killing the pathogens. Particulates are filtered out while still vaporized. The “biosafe” steam is then condensed into water and put through a final multi-filtering treatment process, which also adjusts the pH. The resulting water meets or exceeds the standards set by the U.S. Environmental Protection Agency (EPA) and Federal Drug Administration (FDA) as well as the World Health Organization (WHO).

The Model S100 can produce 10,800 liters of water per day and process 12.3 cubic meters of sludge, which is sufficient to generate the power required to fuel the machine itself and more. The company views this model as a benefit to less developed countries and locations where sanitary infrastructure is lacking, and they are planning a debut in Dakar, Senegal in the spring of 2015.

Poo has become a popular target for those who would seek to clean up the planet and save lives. They would include the medical, scientific, and ecological communities. This is no surprise to anyone who has experienced “off-road” travel to areas without potable water and flush toilets. It can be a smelly, and even dangerous, experience. Not to mention the waste left behind by domestic and farm animals.

These recent remediation attempts range from using poo to generate methane to run machinery to the Michigan Sate University group who uses anaerobic digestion to produce water for the cows to drink, from their own waste. They are even capturing the ammonia before it escapes into the atmosphere.

According to Gates, “Diseases caused by poor sanitation kill some 700,000 children every year, and they prevent many more from fully developing mentally and physically.” He makes note that western toilets aren’t the answer in these locations. Without infrastructure, the only solution in remote regions is to provide on-site sanitation. These Omni Processors and the other experimental styles are welcomed innovations.

Perhaps the old adage, “Waste Not, Want Not” is even more appropriate today, with our diminishing world resources and burgeoning human population. The Omni Processor S100 is a humble attempt to use creative ingenuity to solve an age-old problem.

No wonder Bill Gates was, literally, willing to put his money where his mouth was on this one.