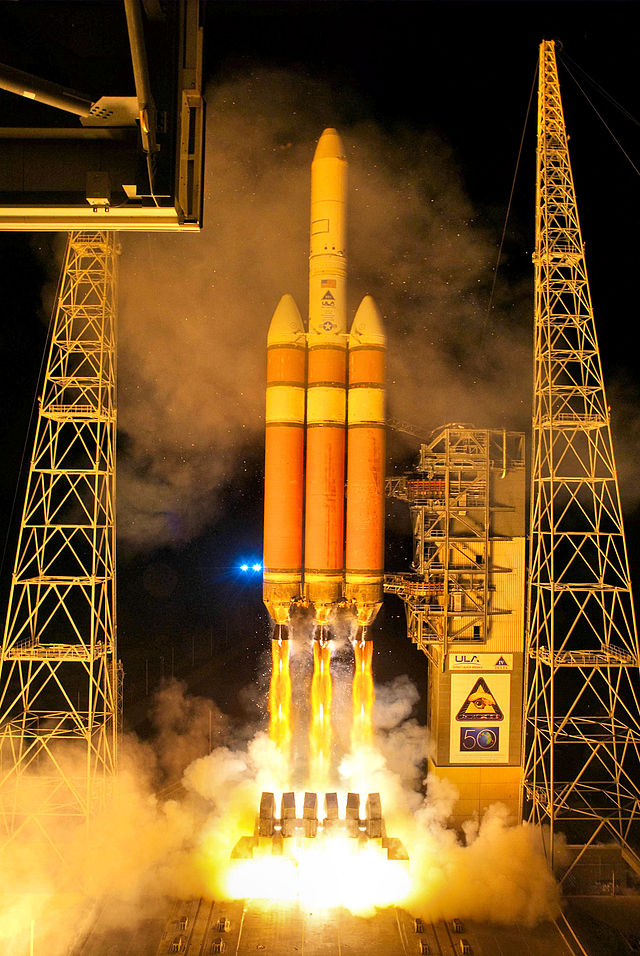 The United States launched its biggest rocket from the central California coast on Wednesday 28th Sep’13. The 235 foot tall (around 23 stories) rocket carrying a top-secret spy satellite blasted off from Vandenberg Air Force Base located along the Pacific Ocean.

The rocket is built by United Launch Alliance, a joint venture of Boeing Co. and Lockheed Martin Corp. The rocket carried a satellite for the National Reconnaissance Office (NRO) which operates all the intelligence-gathering satellites of U.S.

All the three main engines of the rocket were ignited in the staggered sequence to lessen the impact during the liftoff. The hydrogen fueled engines guzzled nearly a ton of propellants per second to provide it 17 million horsepower to thrust it into skies. This launch was streamed live at United Launch Alliance’s website.

Since the mission was classified, no details about the spy-satellite were released but this satellite is assumed to be the most advanced spy satellite ever launched.

The $1billion highly secretive satellite, known as NROL-65 is believed to be capable of capturing images detailed enough to distinguish the make and model of a car from hundreds of miles above.