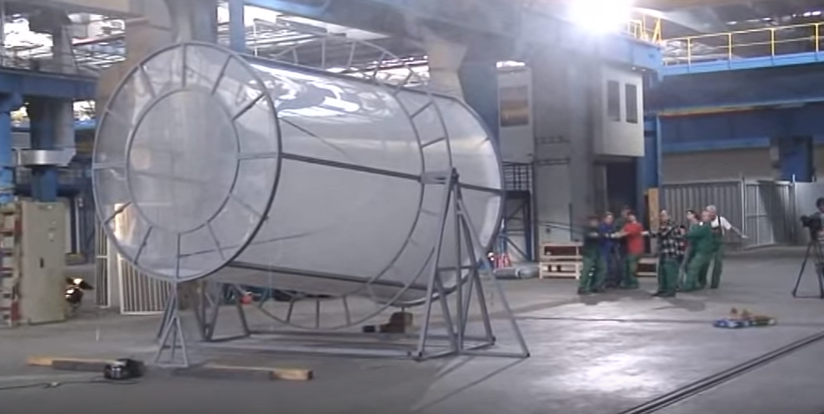 In middle school, I had a teacher who would keep a small air cannon at his desk in case any student decided to talk back.

It wasn’t much, but when fired, it would easily blow your hair back.

However, it’s absolutely nothing compared to the biggest air cannon in the world, which was designed for a Czech TV show called Wonders of Nature.

While, yes, it does take a team of people to prime it, the biggest air cannon in the world isn’t very scary as it’s barely strong enough to knock over a stack of cardboard boxes.

Regardless, I want one!