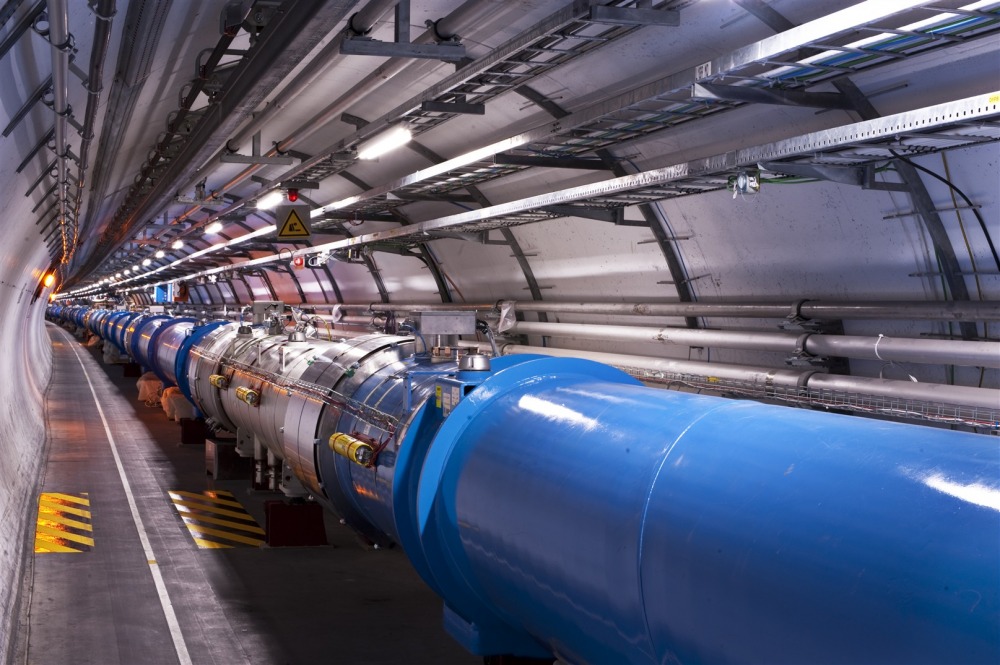 Physicists and scientists around the world as well as the general public are celebrating the restart of the Large Hadron Collider (LHC). The LHC, with 17 mile (27 km) circular tunnels came back online on April 5, 2015 after a two year re-tooling, and protons are beginning to circle at high speeds in preparation for upcoming tests.

The LHC has already confirmed the existence of the “God particle,” which they identified after crashing particles together at 14 TeV. Now the LHC will start looking for dark matter and the possibility of multiple universes. According to physicists, visible matter makes up just 4% of the universe so it seems inevitable that dark matter will be identified.

According to Phys.org, the new LHC will operate at twice the energy as before the upgrades. If the new LHC can detect miniature black holes it could prove the existence of parallel universes and put an end to the Big Bang or Cosmic Egg Theory, first proposed in 1922 by Belgian Georges Lemaitre, a Jesuit priest, astronomer and professor of physics at the Catholic University of Leuven.

The Visible vs. the Non-Visible or Dark Universe

According to CERN director for acceleration and technology, Frederick Bordry, the first step with the Large Hadron Collider was to inject proton beams to test transfer lines and the test was a success. Bordry noted, “firing up the LHC is not like throwing a light switch. Two beams that will be shooting around the loop have enough power to melt a ton of copper.”

Soon, possibly as early as May 2015, the researchers will be seeking evidence of “new physics.” They will begin to investigate “supersymmertry” aka Susy, in an attempt to better understand dark matter and to look for evidence of multiple universes.