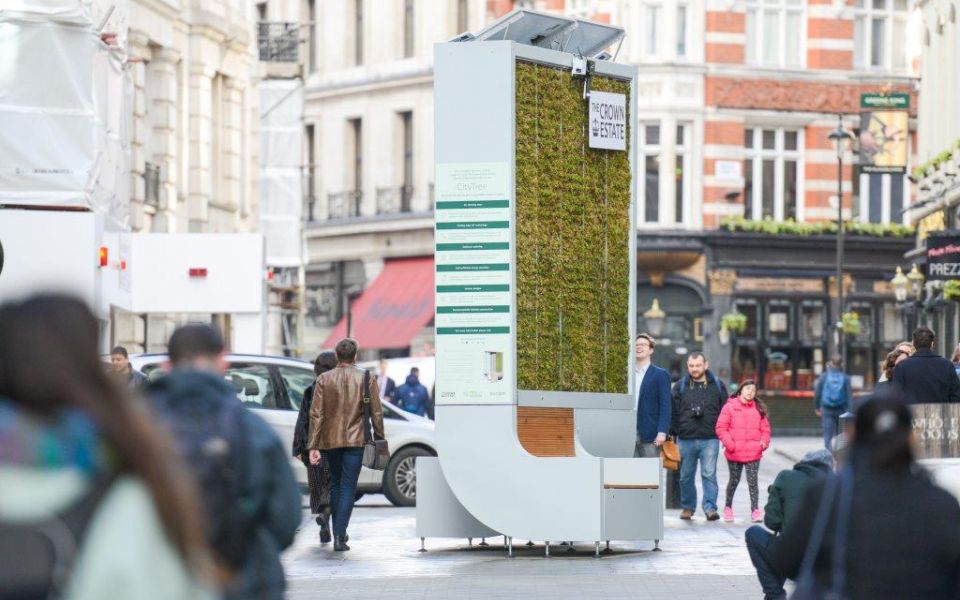 Smog hanging over cities around the world is perhaps the most familiar and obvious form of air pollution. According to the World Health Organization, air pollution is the cause of one in eight deaths worldwide.

The design is so simple that the people passing by a CityTree might think it is just another typical bench or kiosk on the street. But the CityTree is an incredible mix of a city bench, a hedge, and an environment-tracking smart device.

CityTree has the same benefit as 275 real trees

One CityTree can filter up to 240 metric tons of carbon dioxide from the air per year.

It uses a combination of plants and mosses to naturally remove dust, ozone gases, carbon dioxide, and nitrogen dioxide from polluted air. CityTree is connected to the internet and also contains sensors to provide data on pollution levels, soil humidity, water quality, and air temperature.

It has solar panels on the top to fulfill the electricity demands of the unit. It also collects rainwater and has a nutrient tank and irrigation system to allow the assembly to water itself.

These benches have already been installed in several cities, including Berlin, Paris, Amsterdam, Oslo and most recently London.

Toyota is Testing Powerful Solar Roofs on its Prius Hybrid

Examining the Role of 3D Printed Buildings in Revolutionizing Our Planet