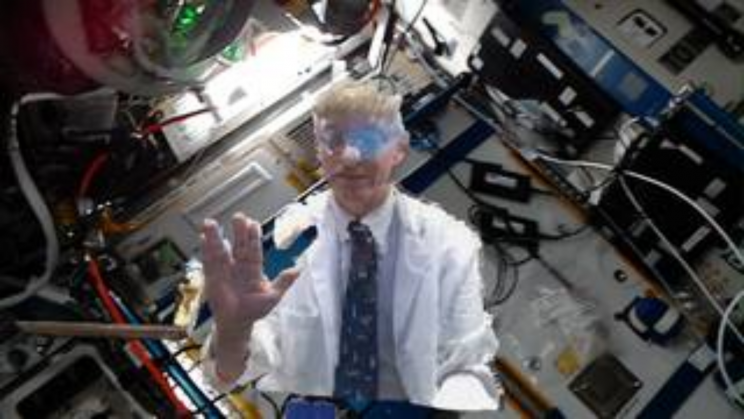 NASA ‘holoported’ doctors to ISS for the first time

NASA has successfully “holoported” a hologram medical team aboard the International Space Station. In a press release, NASA revealed that NASA flight surgeon Dr. Josef Schmid, one of the doctors on the team who were projected into the ISS, had a one-on-one conversation with astronaut Thomas Pesquet in October last year.

NASA says that the Holoportation has been in use since 2016, using technology from Microsoft and a Houston-based start-up called AEXA Aerospace. However, the medical team’s virtual visit to the ISS is the first instance of projecting a figure in outer space.

Holoportation is a combination of two words- Hologram and teleportation. The technology allows high-quality 3D models of people to be reconstructed, compressed, and transmitted in real-time. It also allows people to see, hear and interact with holoported participants in 3D.

How did NASA achieve this?

NASA used Microsoft’s HoloLens, a mixed reality display device, a HoloLens Kinect camera, and AEXA custom software, to see, hear and interact with remote participants in 3D as if they all were sitting in the same room.