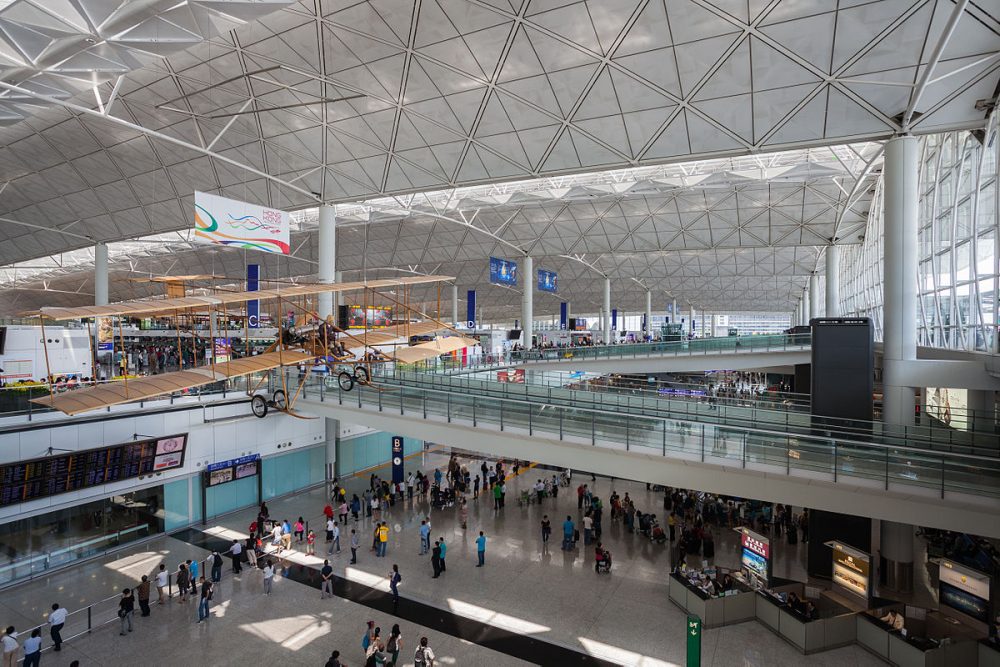 Architecture firm Zaha Hadid has projects all over the world, and the firm is on the cutting-edge of innovation in architecture as the image above shows. Zaha Hadid is now building the Mandarin Oriental hotel in Melbourne Austrailia’s Central Business District and has just finished an apartment building in New York City that features robot valets and a private IMAX theater.

As China’s citizens have become wealthier, their thirst for travel has increased dramatically. As a result, Beijing International Airport has had to design and build the world’s largest terminal to deal with the huge increase in passengers going in and out.

Beijing’s new Daxing International Airport terminal will make Beijing the largest aviation hub in the world. The new Daxing airport terminal, designed by Zaha Hadid, has a steel skeleton and five arms spreading out from its center like an octopus. The terminal has six tiers that have been designed to decrease walking times for passengers transferring between flights.

When opened in 2018, the new terminal, named Terminal #1, will cover 7.5 million square feet and is expected to serve 45 million passengers a year.