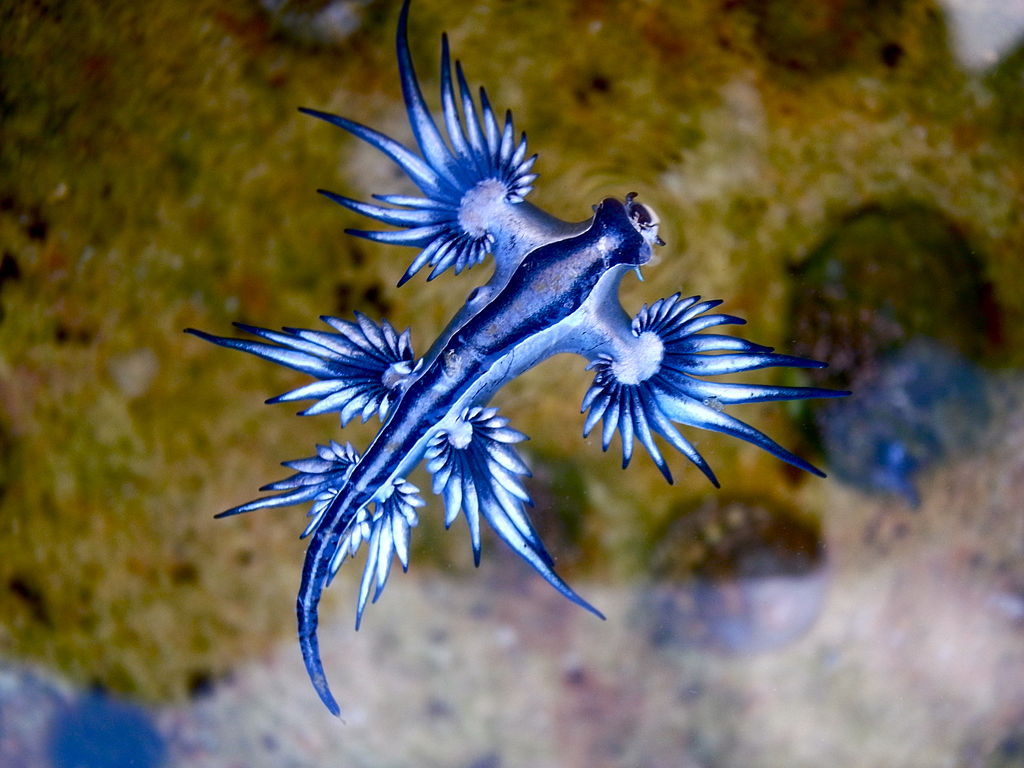 The ocean is home to all kinds of dreadful creatures, but a blue dragon that recently made a rare public appearance on Australia’s Gold Coast Beach is probably among the most beautiful animals on the planet.

This strange looking sea creature is commonly known as Blue Dragon or Glaucus Atlanticus. It is actually a type of sea slug. This extremely rare creature is venomous. It feeds on blue bottle jellyfish and digests the jellyfish’s toxic sting cells and stores the venom to use against its predators. While the jellyfish’s powerful sting can harm humans, the Blue Dragon is unaffected by the venom.

It is usually about 3-4cm in length when fully matured. Though small in size, it has enough venom to take down other dangerous marine creatures much larger than itself.

The Blue Dragon was captured on video by Facebook user Lucinda Fry and posted to the social media site on November 12th. Since then, the video has gone viral, with more than 199,913 views on the social network.