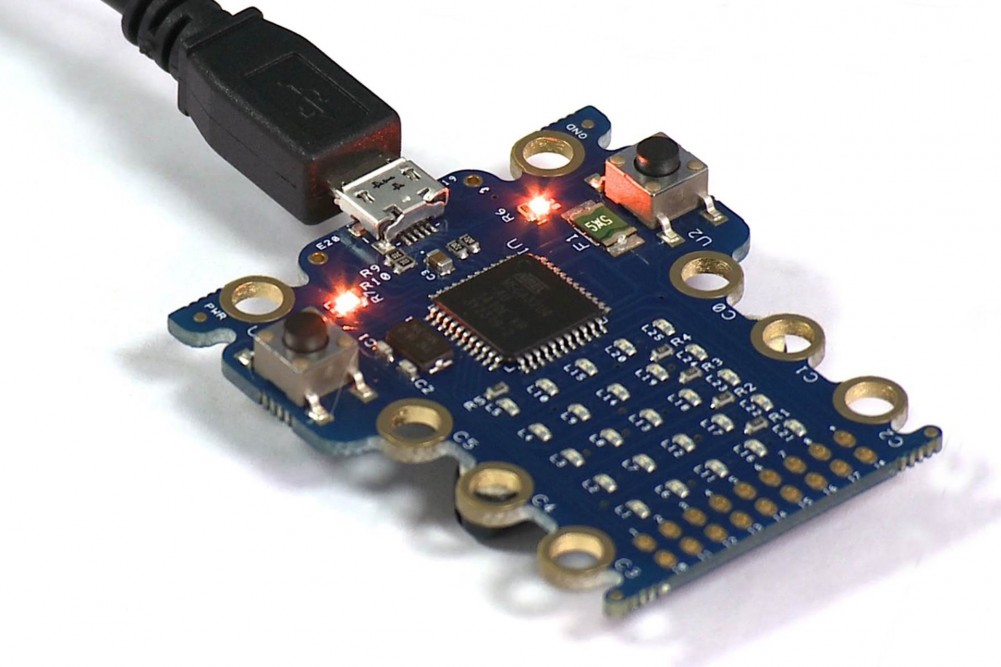 Today, the BBC, along with Microsoft, Samsung, semiconductor firm ARM and a consortium of a dozen other companies unveiled the final prototype design for the BBC Micro Bit which will be given to more than 1 million UK-based Year 7 children in a gambit to get them interested in a pocket-sized, codeable computer. The project is part of the BBC’s Make IT Digital Initiative. The BBC has conducted similar programs going back as far as the 1980s.

At issue is whether or not children living in our advanced technical age have the knowledge, skills, and inspiration, as well as core technical, scientific, and engineering skills to play a leading role in coming decades where digital technology will be a central driver. The device has been designed to get children ready to participate in big data, cyber security, and programming.

The BBC Micro Bit is 1.6″ x 2″ (4cm x 5cm), uses an ARM microprocessor, and has been designed to work with other systems such as Raspberry Pi and Arduino. The device has 25 red LEDs to communicate messages and to run games, two programmable buttons, an accelerometer, a magnetometer and Bluetooth compatibility.

The BBC and partners have also developed learning materials including multimedia broadcasts. In effect, the BBC will be creating an army of over 1 million programmers. According to a BBC spokesperson, the UK has provided children with paintbrushes for centuries and now is the time that they are exposed to “digital tinkering” at an early age.

The following video shows the new device that also comes with an easy-to-use software interface to help write programs.