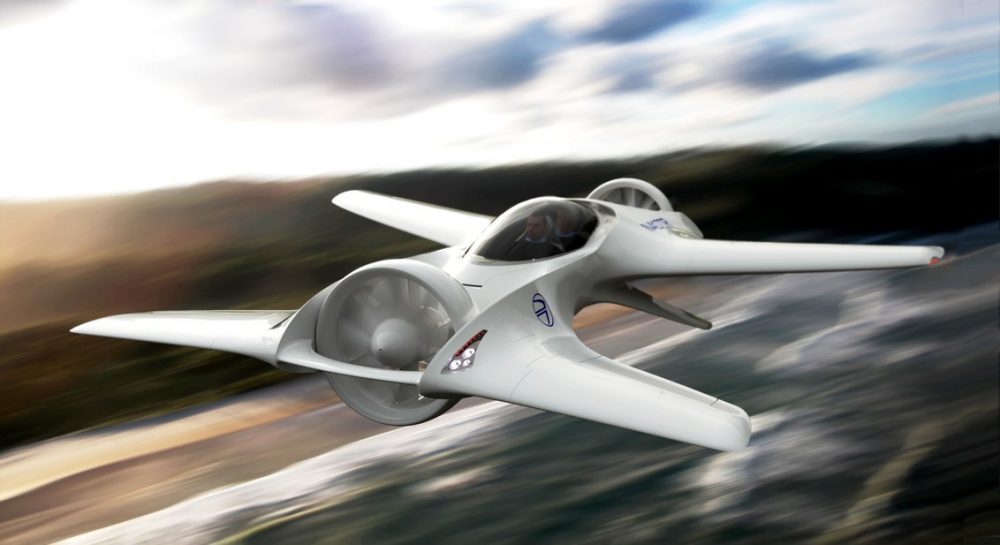 Flying cars are almost a reality, thanks to some recent dramatic technical advances.

Apart from a number of startups, several big names in the tech industry, such as Aeromobil, EHang, Airbus, Uber, and Terrafugia, are working toward making flying cars a reality.

Now, more than 30 years after the hit sci-fi movie Back to the Future wowed us with its nuclear-powered DeLorean, DeLorean Aerospace is joining the race to build a real-life flying car. This vehicle has many of the same flying capabilities as the movie time machine.

DeLorean is developing a vertical takeoff and landing (VTOL) aircraft powered by electricity. Called the DeLorean DR-7, the two-seater car has four wings and a pair of winglets.

So far, DeLorean has built a dummy model inspired by F1 cars. Currently standing at 19.5 ft. long, the DR-7 flying car will eventually be small enough to fit into your home garage.

The firm expects to have a working prototype to conduct test flights by the end of next year.