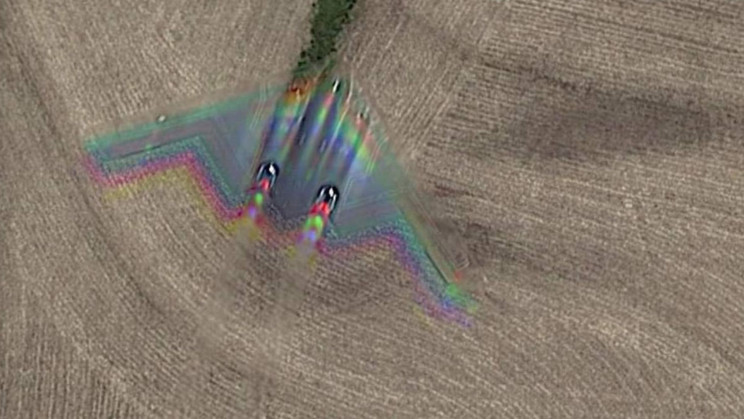 US Air Force’s B-2 stealth bomber is one of the world’s most feared aircraft. Its “stealth,” technology gives it the unique ability to penetrate an enemy’s most sophisticated defenses while keeping it off the radars.

B-2 bomber’s composite materials, special coatings, and flying-wing design make it difficult to detect and track.

Built by Northrop Grumman the cost of each aircraft averaged US$737 million in 1997. There are only 21 B-2 bombers in the world. Even an hour-long flight of this highly sophisticated aircraft requires 119 hours of maintenance afterward.

Spotting one such aircraft on Google maps in the sea of airplanes that occupy the skies is truly amazing.

The image of the bomber was captured by Reddit user Hippowned while it dashed towards Whiteman Air Force Base in Missouri where the B-2 are currently stationed.

Although the captured image is slightly blurry since the aircraft flies at high speed. The subsonic aircraft is capable of flying at 628 mph (~1,000 kph).