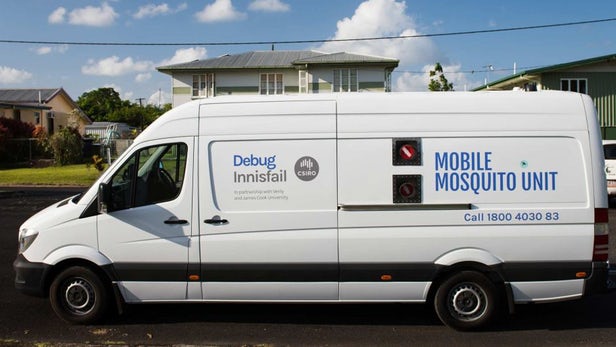 Worldwide global warming is causing the spread of infectious mosquito-borne diseases, such as malaria, dengue fever, and West Nile virus, as warmer climates are creating more mosquito-friendly habitats. One of the most deadly of these disease-spreading insects is the Aedes aegypti mosquito.

Rob Grenfell, the director of Health and Biosecurity at CSIRO, Australia’s national science organization, said, “The invasive Aedes aegypti mosquito is one of the world’s most dangerous pests, capable of spreading devastating diseases like dengue, Zika, and chikungunya, and responsible for infecting millions of people with disease around the world each year.”

Scientists from Australia’s James Cook University and CSIRO have shown the way to tackle this problem. They released millions of sterilized Aedes aegypti mosquitoes in Queensland.

The release of sterilized mosquitoes resulted in a drop of more than 80 percent in the Aedes aegypti population. Mosquitoes were infected with bacteria

The scientists bred nearly 20 million non-biting male Aedes aegypti mosquitoes in James Cook University laboratories. They infected these mosquitoes with bacteria known as Wolbachia to sterilize them. Between November 2017 and June 2018, millions of the insects were released in several trial zones across the Cassowary Coast in Northern Queensland.

The sterile males were unable to bite and transmit diseases. When these infected mosquitoes mate naturally with females, the eggs produced do not hatch, resulting in rapid and significant drops in the local mosquito population.