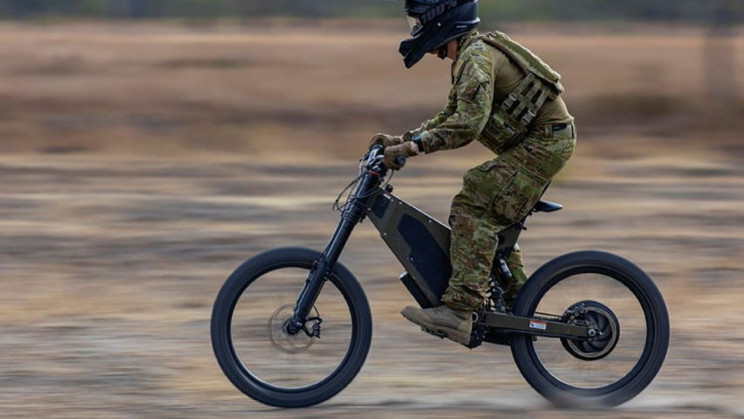 Scouts from the Light Horse Regiment with Queensland Mounted Infantry are testing out these e-bikes. The cavalry wearing combat fatigues, motocross helmets, and goggles, speeds silently through the woods. As they rush through the brush, you just hear the subtle whirring of a battery-powered motor, the crunch of dried leaves, and the whizzing of wind.

These e-bikes can reach a top speed of 55 mph (90 km/h). E-bikes also provide an incredible range of running for up to 100 km (62 miles) on flat terrain. A powerful 6.2kW motor helped it to reach such high speeds. Because of the high speed, soldiers can move around quickly, quietly, and also undetected.

Corporal Thomas Ovey, one of the first soldiers to pioneer the e-bike, explained, “The footprint is minimized due to less power, less noise, and you’re not kicking up much dust that could be seen by enemy forces,”

“It’s much more effective than a standard motorbike,”

“It allows us to do safe-handing of information, whether that’s information people have found on the battlefield, or even if one of the troops takes photos on their phone and wants to send it back to headquarters.”

Here is the promotional video on YouTube, showcasing these e-bikes, by the Department of Defence Australia: