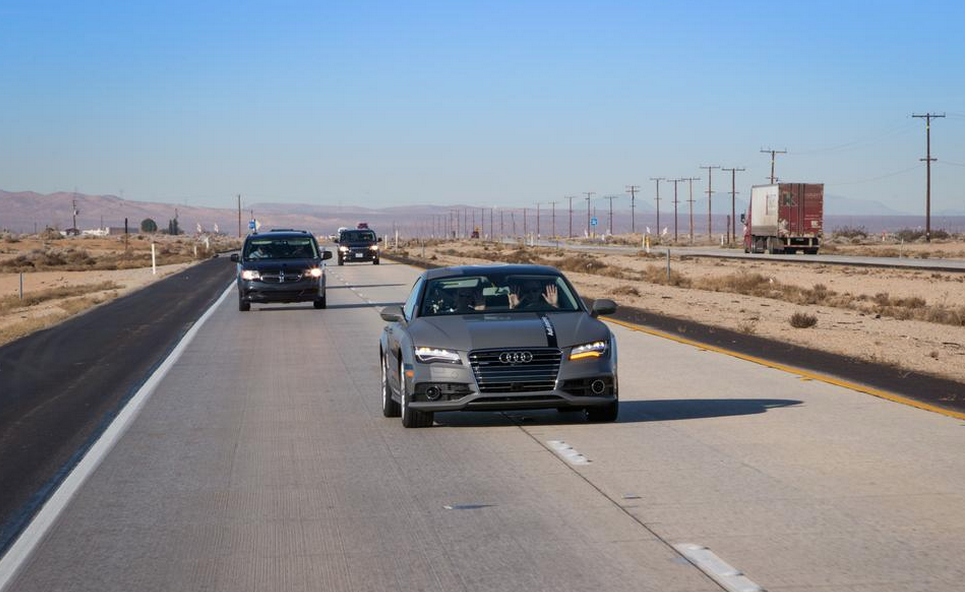 As autonomous cars become commonplace, we will need to come to grips with the idea of putting our lives in the hands — or circuits — of a machine. That certainly seems like a scary prospect, especially when you consider how a computer might decide to save your life, or the life of another passenger, through probabilities and algorithms in the event of an accident.

When putting it so simply, you become nothing more than a number or a percentage.

But the good news is driverless vehicles don’t have to be inhuman. Thanks to advanced AI, voice control support, and various tech, autonomous vehicles can become more like us, at least on the surface.

A Driverless Vehicle With a Personality

That’s exactly what renowned automaker Audi is doing for its self-driving cars. It wants its driverless vehicles to exhibit human habits, manners, and characteristics. This means it wants the vehicles to not only respond to us in a similar manner as another human would, but also drive and act more like us.

As an example, when humans decide to change lanes, we tend to move or shift to the next lane, as opposed to abruptly jumping over. A computer might decide to change lanes instantly and then carry it out in a precise manner, leaving little to no warning for the passengers within. Jerky movements can be disconcerting and downright scary, especially when you’re not in control.

Audi is giving its vehicles training, or “human driving lessons,” to make them move more like they are piloted by a human instead of a computer. This is for the comfort of the passengers within and the other drivers on the road.

Audi has even given its driverless test vehicle, an Audi A7 — and resulting system — a name. It calls him Jack, and it wants him to be kind and courteous, but most of all comforting.

Jack observes the vehicles around him when he’s on the road and takes note of how the other cars and human drivers navigate. This allows him to be a more “natural” driver.

His behavior has changed since the start of the program so that now he is doing things more courteously. This includes behavior like allowing trucks more lateral room while passing or drifting closer to lane markings when changing lanes.

Currently, Jack has only had practice on the open highway, the Autobahn in Europe, to be exact. But the company wants to train Jack to drive on standard roadways, too. It will be interesting to see how he fares with a lot more traffic around. We all know highway driving is nothing like driving in the city.

Audi’s approach seems to be starkly different to Google and Ford’s partnership, which has the cars looking more robotic and futuristic. Google is focusing more on extra perks and twists, including a flypaper type substance that can catch and hold anything it runs into, including people.

An unrelated — yet equally useful — technology Audi is working on is a car-to-car communication system. This will allow autonomous vehicles like Jack to be more social with one another, but also with other human drivers. Audi plans to install the technology in driverless and traditional cars all the same.

This is interesting news, but it will be more exciting to see how the technology grows before it makes it into consumer-owned vehicles.

It does beg the question, what would you name your self-driving car if given the opportunity?

Scott Huntington writes about cars and technology. Check out his blog Offthethrottle or follow him on Twitter @SMHuntington.

Google Tries to Uplift the World with Internet-Filled Balloons

Finally! Advertisers Spend More Money On The Internet Than On TV For The First Time In History…