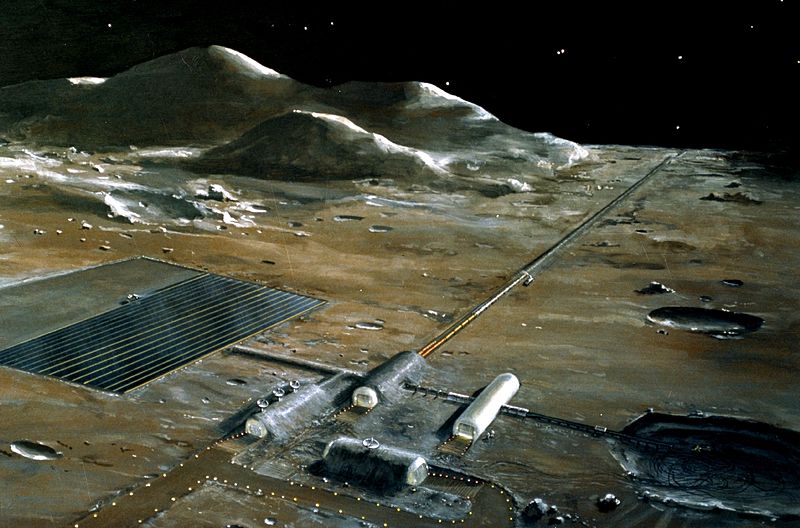 As we humans are planning to colonize the Moon, we will have to build lunar base that allows us to stay on the surface. In the absence of proper resources, building settlement won’t be an easy feat.

Shipping materials to the moon using space shuttles is certainly not possible considering the cost involved. So space agencies are investigating materials that can help solving this issue.

In the recent study, researchers found that Future moon bases could be made using human urine mixed with local regolith.

The major organic compound found in human urine is the urea.  It could be used to plasticise the concrete used to build structures on the Moon. Resultant structure will be hardier buildings that are less brittle and more flexible.

Materials scientist Ramón Pamies of the Polytechnic University of Cartagena said, “To make the geopolymer concrete that will be used on the Moon, the idea is to use what is there: regolith (loose material from the Moon’s surface) and the water from the ice present in some areas,”

Scientists successfully used a 3D printer to make the building material from a regolith substitute combined with urea. It is a great success, but lot more research is still required.

Materials scientist Anna-Lena Kjøniksen in Norway, said, “We have not yet investigated how the urea would be extracted from the urine, as we are assessing whether this would really be necessary, because perhaps its other components could also be used to form the geopolymer concrete,”

“The actual water in the urine could be used for the mixture, together with that which can be obtained on the Moon, or a combination of both.”

Egloo is an Easy-Use, Cheap, Candle-Powered Heater for Domestic Use