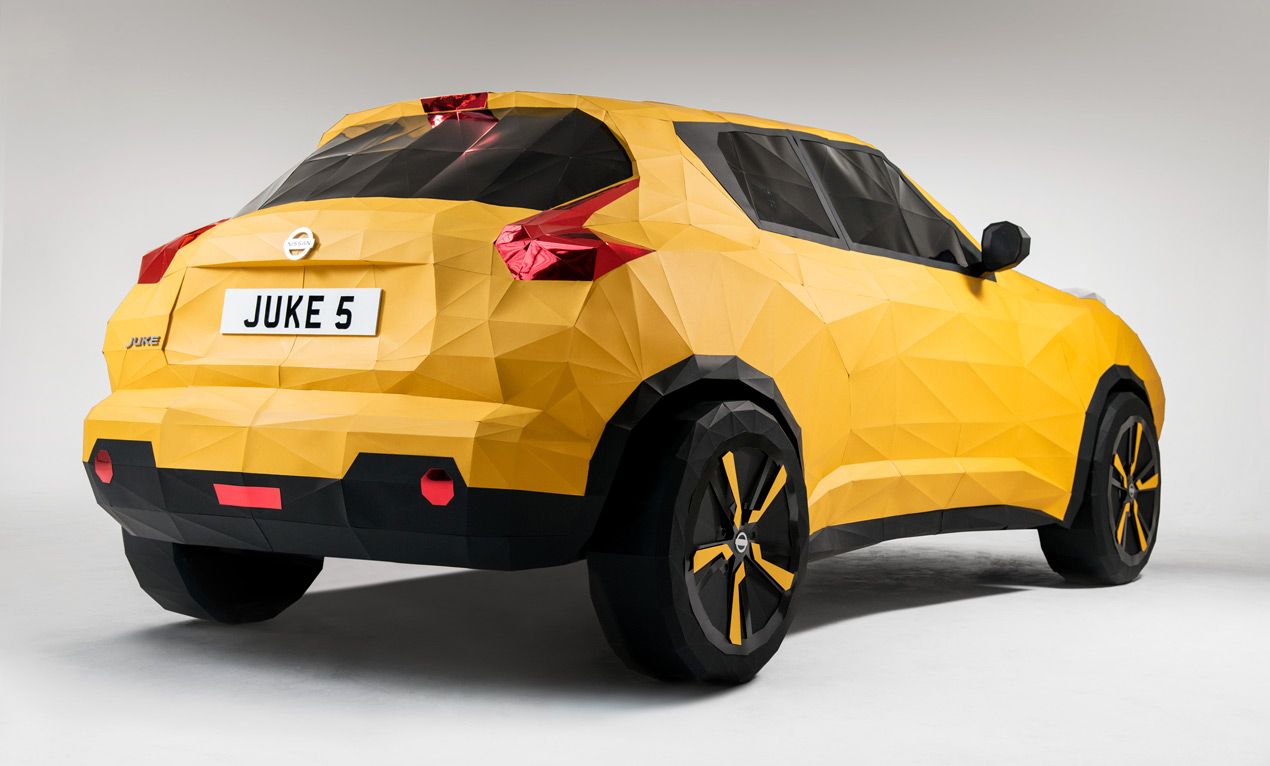 Outrageous marketing seems to be all the rage lately in the automotive space, with companies 3D printing cars, constructing them out of cardboard, and now even using origami.

Over 2,000 pieces of paper and more than 200 hours later, the artistic replica was completed and is very impressive to say the least.

I for one hope the origami Juke Crossover is not the last paper-based car ad we see this year and something tells me based on the recent trend, it won’t be.