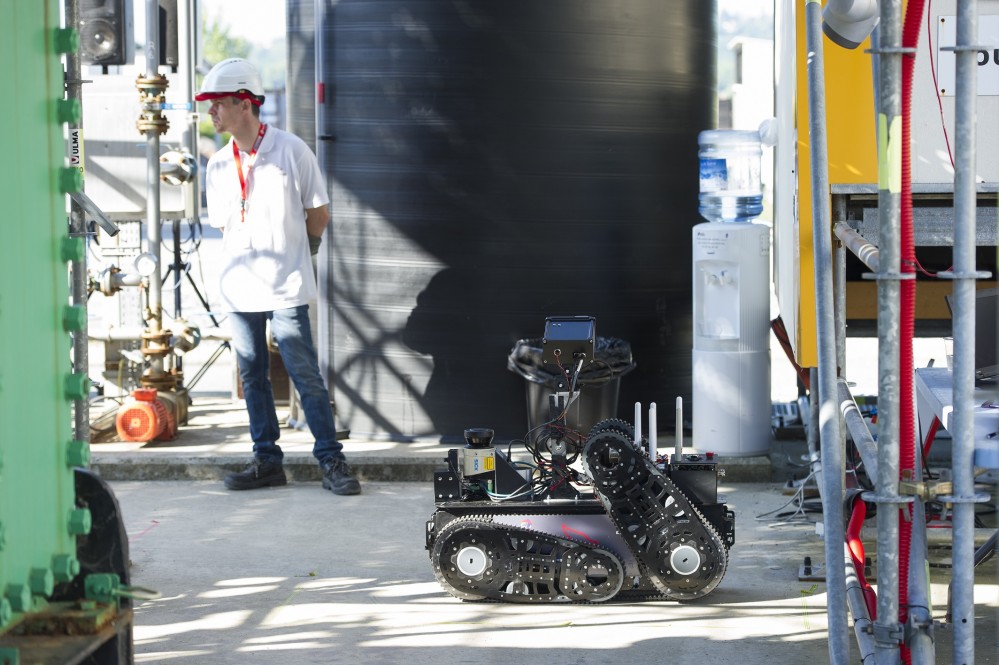 IndustryTap has reported on a number of disasters at oil and gas facilities that handle highly volatile materials. While some of the causes are related to equipment malfunctions or design or acts of God, the majority are due to human error. With the recent fine of $18 billion in the Deepwater Horizon explosion and oil spill, companies such as British Petroleum (BP) are going all in on robotic technology to help improve safety and decrease liability.

A French company, Total, recently created a three-year competition called the ARGOS Challenge or Autonomous Robot for Gas & Oil Sites. The first stage of the competition took place in June 2015.

At the beginning of the competition, which lasted four days, teams were introduced to some industrial sites that represented new environments for the teams. Also announced were safety instructions specific to each site. During the competition, the robots went through initial tests and then entered the competition sites where behaviors such as emergency stops and anti-collision were tested. Finally, robots were required to be capable of reading measurements at heights of up to 2m.

The jury made the following observations:

Complete results can be found on the total website. Following is a description of the competition from Total:

Today’s exploration and production activities are increasingly confronted with extreme and harsh conditions: extreme cold, arid climates, isolated sites, onshore and offshore alike, etc. While autonomous underwater robots are already at work today, there are no “surface” equivalents that operate “at the surface”, on the installations.

Five teams from Austria and Germany, Spain and Portugal, France, Japan, and Switzerland, were selected to design and build in less than three years, the first autonomous surface robot adapted to oil & gas sites. The prototypes will match their skills and capabilities in three competitions scheduled between June 2015 and December 2016. The winner of the ARGOS Challenge will be announced at the beginning of 2017.

The following video shows an ARGOS Challenge robot going through the motions on an oil platform.