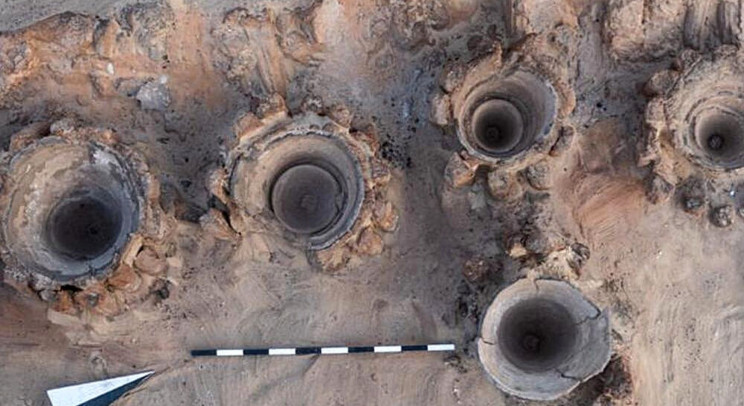 A team of archaeologists has recently uncovered a high-production brewery that is believed to be more than 5,000 years old. They say the brewery was capable of producing about 5,900 gallons (22,400 liters) of beer at a time.

The brewery was located in Egypt’s Sohag Governorate. The factory was found in Abydos, an ancient burial ground. It is located in the desert west of the Nile River, over 450 kilometers south of Cairo. It most likely dates back to the era of King Narmer, around 3,1000 BC.

Dr. Matthew Adams, one of the leaders of this Egyptian-American mission, explained beer was used in royal burial rituals.

The brewery “may have been built in this place specifically to supply the royal rituals that were taking place inside the funeral facilities of the kings of Egypt,” as reported Deutsche Welle (DW).

Archaeologists discovered eight huge units. Each one of the units is 20 meters (about 65 feet) long and 2.5 meters (about eight feet) wide. Every unit has about 40 pottery basins in two rows. These were used to heat a mixture of grains and water for producing beer.

Egypt’s tourism industry has hugely suffered throughout the pandemic. So, Egypt’s Ministry of Tourism and Antiquities is hopeful that such discoveries will spur tourism.

Apple Sets a Goal of Becoming Carbon Neutral by 2030