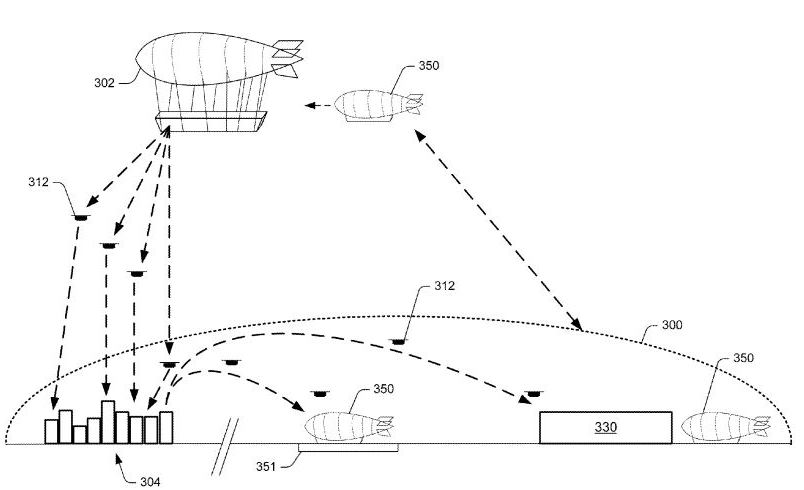 Forget practicality these days. When it comes to their vision for the future, companies such as Apple, Google, and Amazon are in the business of filing for patents and figuring out logistics later.

Amazon’s latest cool, yet “out there” patent,” is for a massive flying warehouse that would be equipped with fleets of delivery drones to efficiently get items to busy locations.

Essentially, the flying warehouses would be carried by an airship and be situated in areas where there is expected to be high demand in relatively short bursts.

The most obvious events would be music festivals or sports games where the warehouse could literally loom in the sky and then help supply a number of things from merchandise to food to spectators below.

Amazon leaves no stone left unturned as the company also sees a future for support vehicles whose sole duty is to continuously restock the flying warehouses.

While it will probably be a while before we see a flying warehouse in action, the idea itself is yet one more designed to boost Amazon’s air force moving forward.