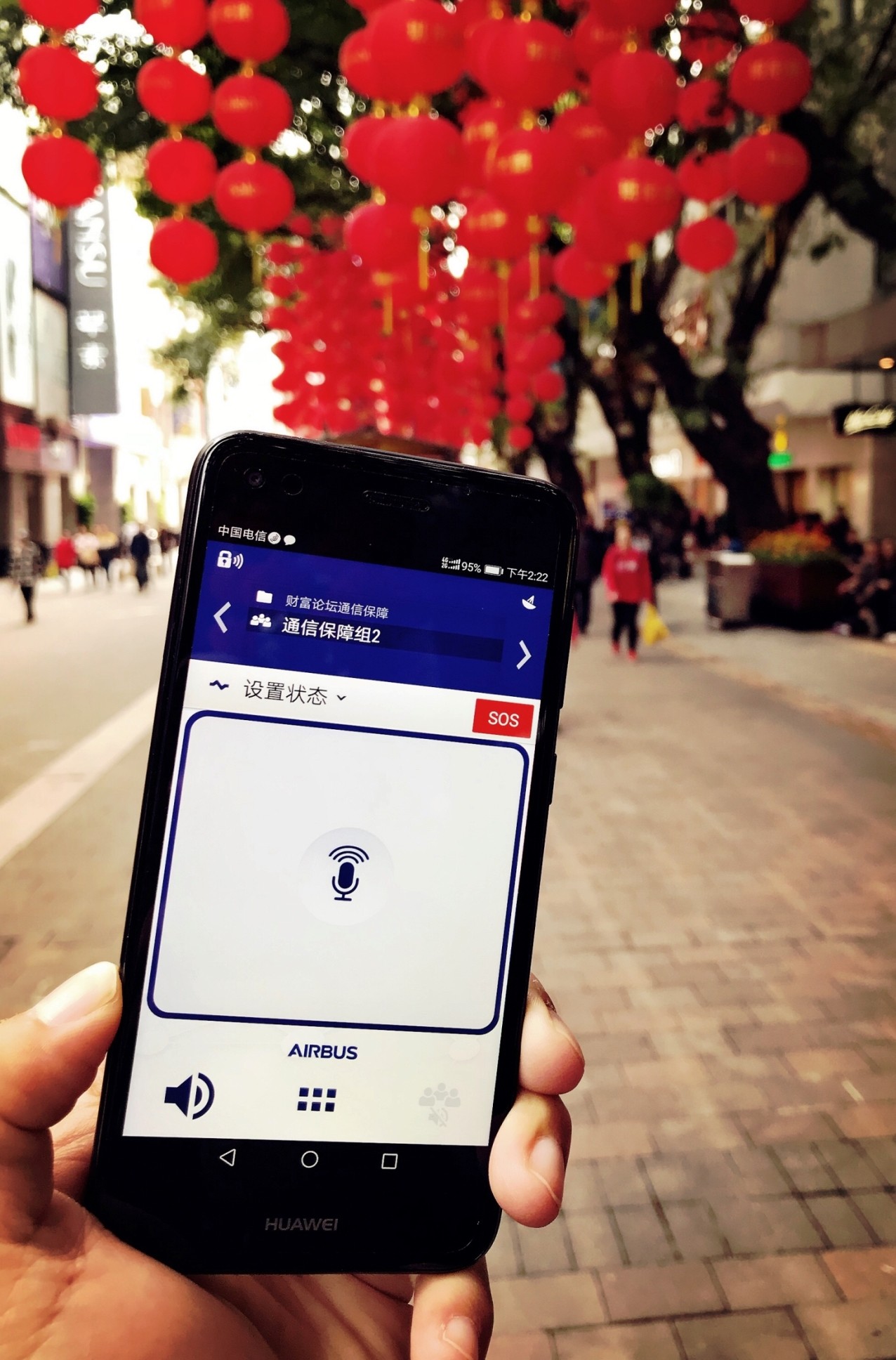 Airbus has successfully provided the latest in secure communication services to help facilitate operations of the ‘Fortune Global Forum 2017,’ one of the most influential forums on economic development in the world, which was recently held in Guangzhou, China. The annual conference, hosted by Fortune magazine, saw the participation of more than 1,000 conventioneers—including international politicians and senior business executives from more than 150 of the world’s top 500 companies. Airbus’ successful implementation demonstrates its excellence as the official Tetra equipment supplier of the Guangzhou Government Shared Tetra network, which is the second largest city-wide Tetra network in the world.

In order to ensure the smooth running of the event, 1,000 government members of staff were equipped with smartphones provided with the Airbus application Tactilon Agnet. The app allowed officials to communicate securely and simultaneously in groups with the local authority organisations, who were using their mission-critical Tetra network during the event. At the same time, Tactilon Agnet and the tens of thousands of Tetra users were dispatched from the same command and control centres.

Guangzhou information Technology Security Evaluation Center, the entity responsible for administrating the Guangzhou Tetra Shared Network, confirmed in a statement that ‘the unified command control of Tetra and LTE were adopted, which allowed the network to provide good performance during the Fortune International Forum.’ Moreover, the Tetra and LTE convergence platform ran smoothly and led to the success in securing this international event.

Selim Bouri, Head of Middle East and Asia-Pacific for Secure Land Communications at Airbus, said: “For the first time in China and Asia, the convergence application for secure narrow- and broadband communications has been implemented by Airbus. Therefore, this year’s Fortune Global Forum marks another milestone. Again, after providing professional mobile radio technology for the Belt & Road Forum in 2017, we have demonstrated convincingly our expertise and experience in secure communications for this year’s outstanding convention.”

Protected wireless communication was entirely integrated during the event into the Guangzhou Government Shared Tetra network for public safety. It now consists of four Tetra switches and around 400 Tetra base stations. As well as 45,000 subscribers from various authorities, including the emergency response office, the police, rescue services, fire departments, the city administration and other governmental institutions.

Since 2009, Airbus has played a significant role in the overall efforts to upgrade the Guangzhou Government Shared Tetra network. At present, the company is supplying and overseeing the complete migration to the latest version of Internet Protocol (IP), which will also cover the city’s new metro lines. The upgrades and extensions are expected to be fully completed in 2018–reaching six Tetra switches and 540 Tetra base stations.