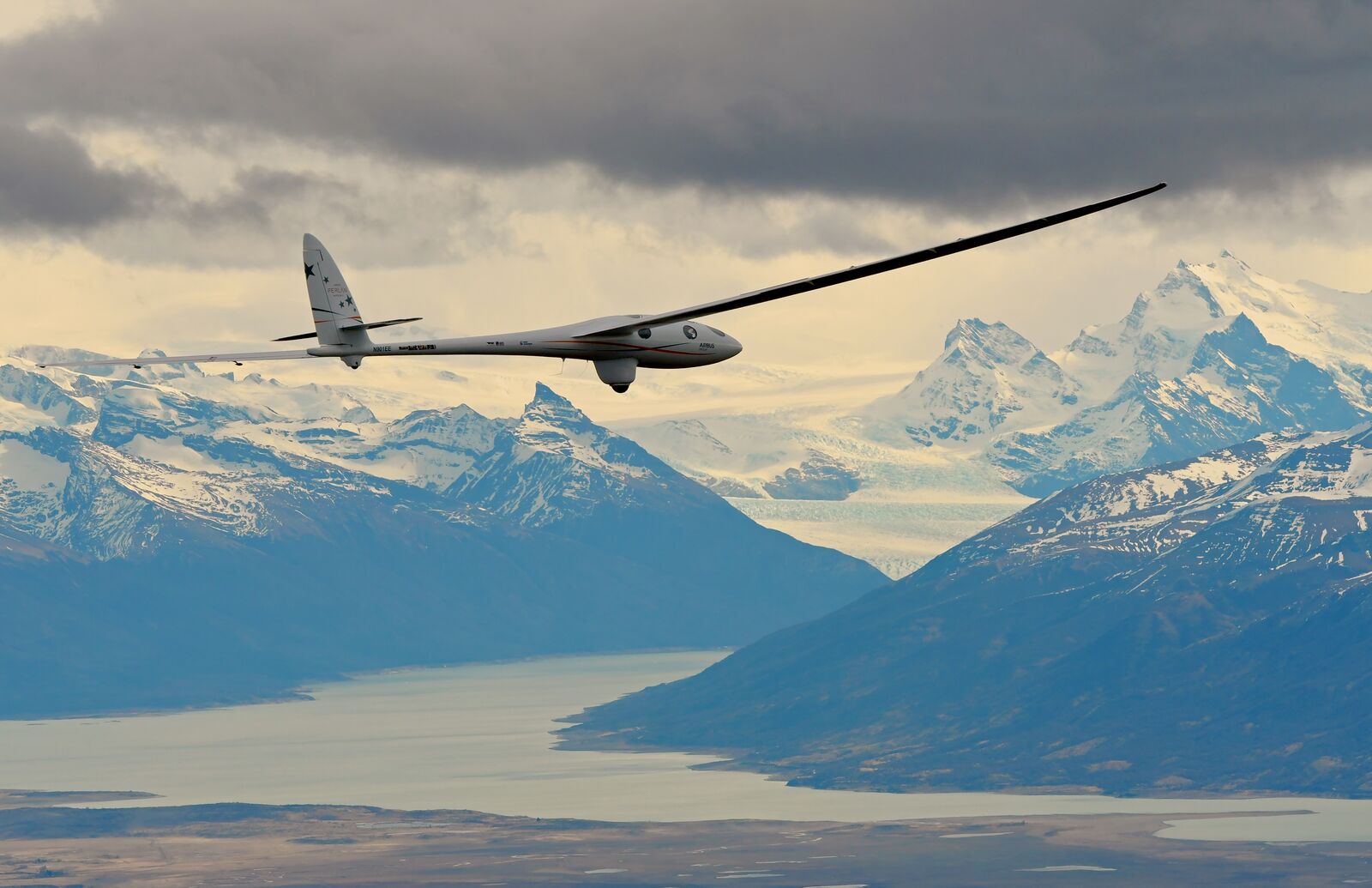 In El Calafate, Argentina, an all-volunteer exploration team will ride mountain winds in the Airbus Perlan II sail plane in an attempt to break the world gliding altitude record of 50,727.ft.

A meteorological phenomenon known as standing mountain waves has the potential to lift the engineless craft to unbelievable heights. Created when airflow is forced over an obstacle, in this case, the mountain peaks, the waves carry the plane along much like ocean waves carry a surfer.

Atmospheric conditions in El Calafate, located in the Patagonian region of Argentina, result in an extraordinary type of mountain wave, creating a unique opportunity for the team: From the Perlan Project website: “Einar Enevoldson, a NASA Test Pilot, saw evidence that in regions closer to the Poles, in winter, the waves could extend above the troposphere and well into the stratosphere. Previously, no one had searched for waves in the stratosphere in subpolar regions in winter. From 1992 until 1998 he gathered more evidence that these waves existed, and might be strong enough to lift a sailplane to remarkable altitudes.”