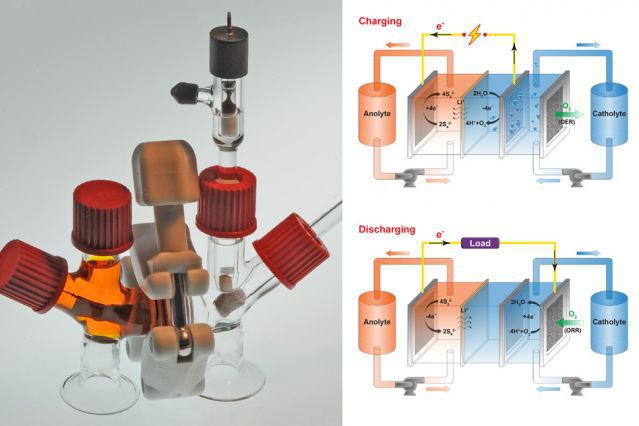 Solar and other renewable energy sources have incredible potential. But these methods of creating energy have a significant weakness: They require expensive batteries to store electricity.

Now, there is a cheaper solution that is also better for the planet

A team of researchers from MIT has developed an “air-breathing” battery that can store power for months at a fraction of the cost of today’s technologies.

The zero-emission battery could make renewable methods of power generation more reliable. The research team claims that the cost of materials will be around 1/30th the cost of traditional lithium-ion batteries.

How the air-breathing battery works

The process is remarkably simple. The battery uses sulfur, which is cheap and abundant, dissolved in water for its anode. When oxygen flows into the cathode, the anode discharges electrons to an external circuit. When oxygen flows from the battery, the reverse happens, sending electrons back to the anode, recharging the battery. The battery constantly inhales and exhales oxygen, effectively balancing the charge.

“This battery literally inhales and exhales air, but it doesn’t exhale carbon dioxide, like humans–it exhales oxygen,” says Yet-Ming Chiang, Kyocera Professor in the Department of Materials Science and Engineering at MIT.

“The energy density of a flow battery like this is more than 500 times higher than pumped hydroelectric storage,” Chiang says. “It’s also so much more compact so that you can imagine putting it anywhere you have renewable generation.”