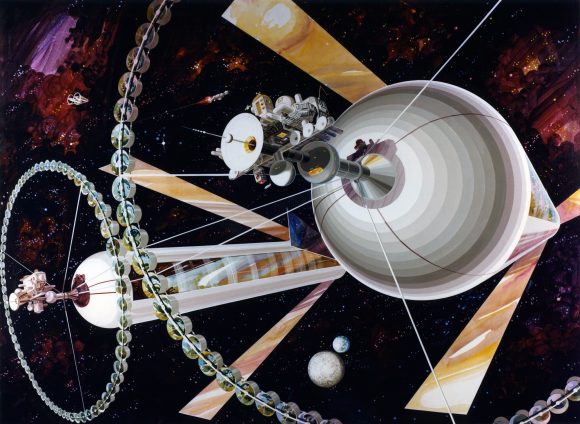 Elon Musk is ‘Highly Confident’ SpaceX will land humans on Mars in the coming six years. NASA is also planning an outpost on the Moon. Now a physicist and astrobiologist Pekka Janhunen of the Finnish Meteorological Institute proposed a permanent human habitat in the orbit of Ceres. Ceres lies in the asteroid belt between Mars and Jupiter.

Ceres has a diameter of 952-kilometer (592-mile). It is the largest known asteroid in the Solar System. It is also the only dwarf planet closer to the Sun.

In the paper, published on arXiv, scientists explained their proposal for this megasatellite composed of smaller spinning satellites. These satellites would be attached via magnetic tethers to create a massive disk-shaped megasatellite.

For generating artificial gravity nearly equal to that of Earth, the scientists plan to the massive structure around Ceres. To maintain its artificial gravity, the habitat would have to achieve a full rotation around the dwarf planet in just 66 seconds.

Researchers foresee that this off-Earth settlement could also act as a base from where humans could explore space.

Researchers wrote, “The motivation is to have a settlement with artificial gravity that allows growth beyond Earth’s living area, while also providing easy intra-settlement travel for the inhabitants and reasonably low population density of 500/km2,”