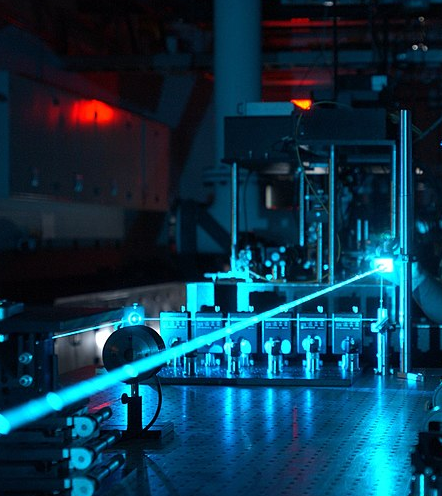 Water and moisture are bad for electronic devices for a lot of reasons. But, researchers at the Ruhr University Bochum Germany have developed an ultra-fast water-based switch.

A new concept for switches with unprecedented speed

Water-based switches are much faster than current semiconductor materials. A short but intense laser pulse transforms the water into a conductive state within less than a trillionth of a second (10-12 seconds), acting almost like a metal. This makes it faster than the currently known fastest semiconductor switching speed.

The switching speed and the number of transistors in a chip are significant factors in deciding how fast a computer system can be.

The main ingredient is water with iodide ions dissolved in it to make it salty is fanned out by a custom-made nozzle as a thin sheet with a thickness of only a few micrometers.

“Think of it like squeezing a gardening hose to make the jet of water broad and flat, only on a much smaller scale,” explains Dr. Claudius Hoberg, author of the study, Faculty of Chemistry and Biochemistry at Ruhr-University Bochum.

Next, a short but powerful laser pulse is fired into the water jet that changes the state of water within picoseconds, which are trillionths of a second. This leads to potential computing speeds in the terahertz (THz) range – that’s 1,000 GHz…much faster than any existing semiconductor.

Researchers hope the findings will enable much faster computing and offer a more environmentally friendly alternative to rare-earth metals.