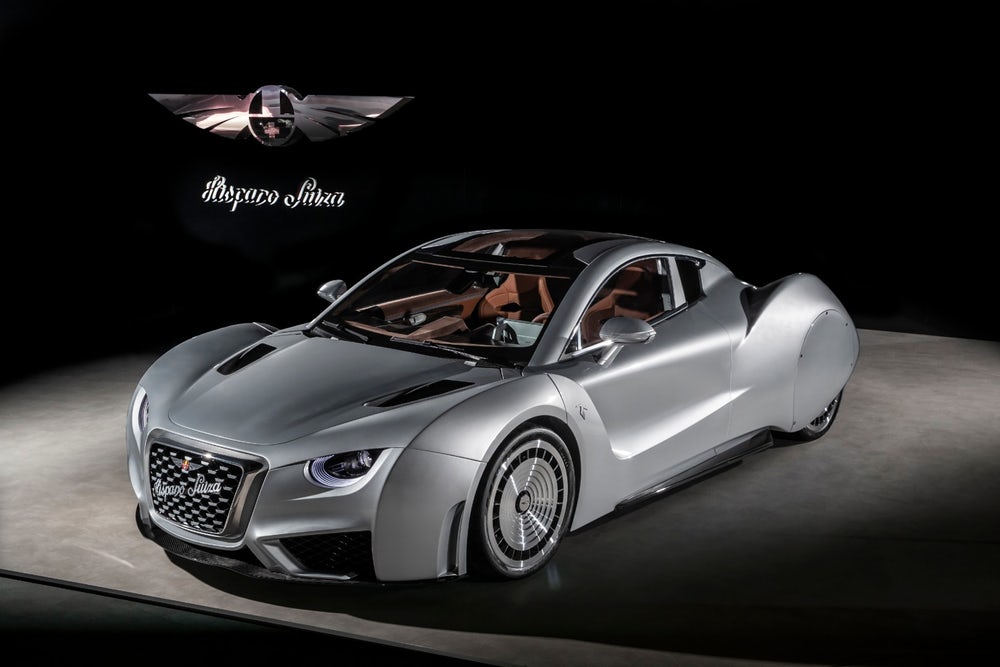 A company that once rivaled Rolls Royce or Bentley for luxury and technical sophistication Hispano Suiza is making a comeback after more than 50 years.

Once favored by monarchs and aristocracy, the Spanish automaker Hispano-Suiza had seen turbulent time that forced the company to go under in the ’60’s. There had been a number of attempts to revive the brand but Hispano Suiza remained in the shadows.

Priced at $1.7 million, this lightweight supercar is largely built from carbon fiber and powered entirely by electricity. It uses the batteries used in Formula E.

Electricity is supplied by a T-shaped 80-kW-hr lithium-ion polymer battery pack that powers a pair of rear-mounted motors rated at 503 hp each for a total of 1,006.

The 4.7m-long, two-seater Carmen can accelerate from 0-62mph in less than 3.0sec with a top speed of 155mph and the range is estimated at just under 250 miles. DC fast charging at a 50-plus-kW rate can bring the batteries from 30 to 80 percent in less than 30 minutes.