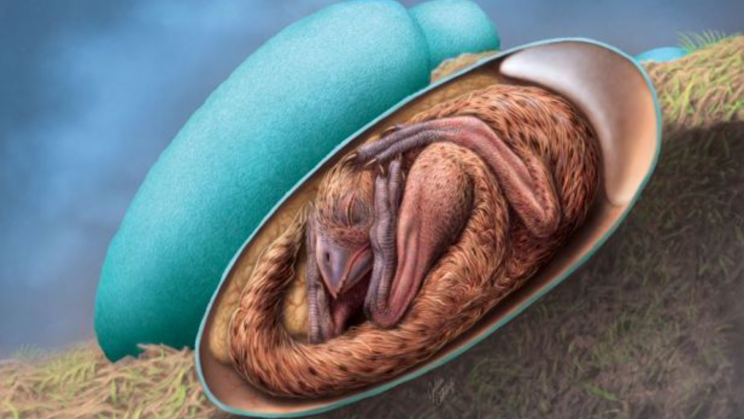 Now, an unprecedented discovery of a fossil of a baby dinosaur curled up inside its egg is shedding more light on the links between dinosaurs and birds.

The bird species today are descendants of the dinosaurs

A team of researchers has discovered a dinosaur egg fossil, estimated to be at least 66 million years old. The fossilized egg has a well-preserved and intact embryo inside.

The fossilized dinosaur egg was discovered from the rocks of Ganzhou in southern China. It belongs to a toothless theropod dinosaur group called oviraptorosaur that lived 145 to 66 million years ago in Asia and North America.

The fossilized egg was found in 2000 and then donated to Yingliang Stone Natural History Museum where it was stored till 2015.

Why we are hearing about it now?

Museum contacted the experts from the University of Birmingham to conduct a study after noticing bones sticking out of the shell. Scientists noticed, it contained an embryo and they named it “Baby Yingliang”.

The fossil provides important signs about the evolution of features in modern-day birds.

One of the authors of the findings, Professor Steve Brusatte from the University of Edinburgh said: “This dinosaur embryo inside its egg is one of the most beautiful fossils I have ever seen. This little prenatal dinosaur looks just like a baby bird curled in its egg, which is yet more evidence that many features characteristic of today’s birds first evolved in their dinosaur ancestors.”

“Its head lies below the body, with the feet on either side and the back curled along the blunt end of the egg.”