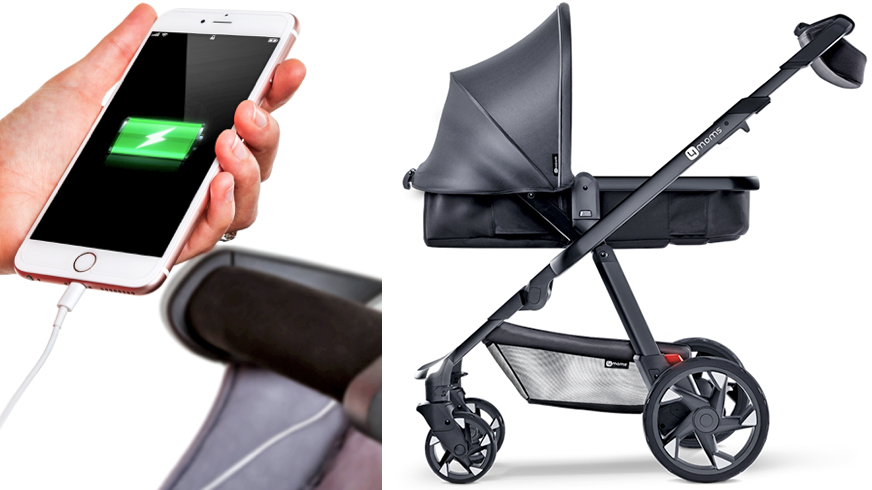 I write bearing good news parents of the world, especially those of you currently wrapped up in playing Pokemon Go.

A new moxi stroller from 4moms will charge your phone as you stroll down the streets with your child, capturing Pokemon, and enjoying the nice summer weather.

Generators built into the stroller’s back wheels transport power to a USB port in the handle, allowing you to essentially charge your phone everywhere you go.

Well, as long as you have the 4moms moxi stroller in tow…

Which c’mon, 4moms, there are plenty of dads who like to get some Vitamin D with their children too, but that’s beside the point.

4mom’s new moxi stroller doesn’t come cheap with a price tag of $700, but honestly, what stroller does these days? At least this one keeps your phone charged and features headlights and taillights to illuminate your path at night, although I don’t recommend doing too much strolling around in the dark.

In addition, similar to a Fitbit or other fitness wearables, the 4moms moxi stroller will track your steps so you can keep up with how many calories you’ve burned while walking.

Other features of the 4moms moxi stroller include the ability to carry infants in either direction, storage areas for all types of electronics or bags, and a retractable canopy like you see on traditional strollers.