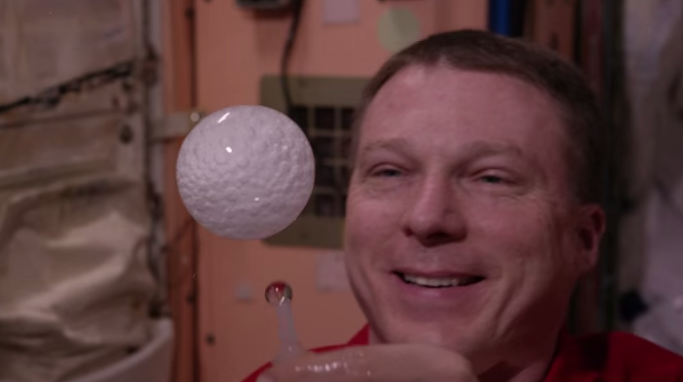 NASA has released more footage captured in 4K Ultra High-Definition (UHD), this time showing Astronaut Terry Virts — who was on the ISS from November 2014 to June of this year — insert an effervescent tablet into a floating ball of water.

The clip from ReelNASA’s YouTube channel shows the tablet fizzle then eventually dissolve inside the floating, watery orb.

Here is the full explanation from the YouTube description:

Astronauts on the International Space Station dissolved an effervescent tablet in a floating ball of water, and captured images using a camera capable of recording four times the resolution of normal high-definition cameras. The higher resolution images and higher frame rate videos can reveal more information when used on science investigations, giving researchers a valuable new tool aboard the space station. This footage is one of the first of its kind. The cameras are being evaluated for capturing science data and vehicle operations by engineers at NASA’s Marshall Space Flight Center in Huntsville, Alabama.

BMW’s Answer to Tesla is the i4: a High-Performance Electric Gran Coupe

Seagrass Restoration Can Bring Coastal Bays Back To Life