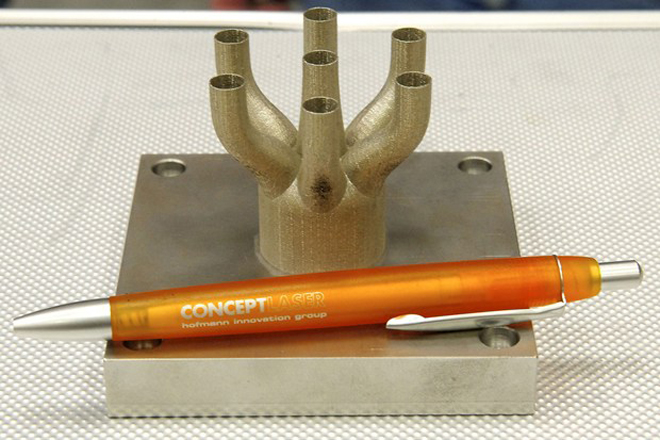 Parts for the rocket engines of NASA’s Space Launch System will be created using a method of 3D-printing known as selective laser melting.

The space agency is taking advantage of new technology to help improve safety and save money as it builds the SLS — a heavy-lift launch vehicle intended to facilitate long-duration deep space exploration, including trips to near-Earth asteroids and, ultimately, to Mars.M

“It’s the latest in direct metal 3D printing — we call it additive manufacturing now,” says Ken Cooper, leader of the Advanced Manufacturing Team at the Marshall Centre. “It takes fine layers of metal powder and welds those together with a laser beam to fuse a three-dimensional object from a computer file.”

Although not all of the rocket parts can be generated using the current SLM process, it can be used to improve the overall safety of the system by creating the geometrically complex pieces which would normally require a lot of welding.

According to Andy Hardin, the integration hardware lead for the project, “since we’re not welding parts together, the parts are structurally stronger and more reliable, which creates an overall safer vehicle.”

The other benefit of using the 3D printing technology is its ability to reduce costs. Switching to SLM as a manufacturing method means that the rocket parts can be created faster and more cheaply, saving NASA millions of dollars.

After testing, the parts are expected to be used in the Space Launch System‘s test flight, scheduled for 2017.