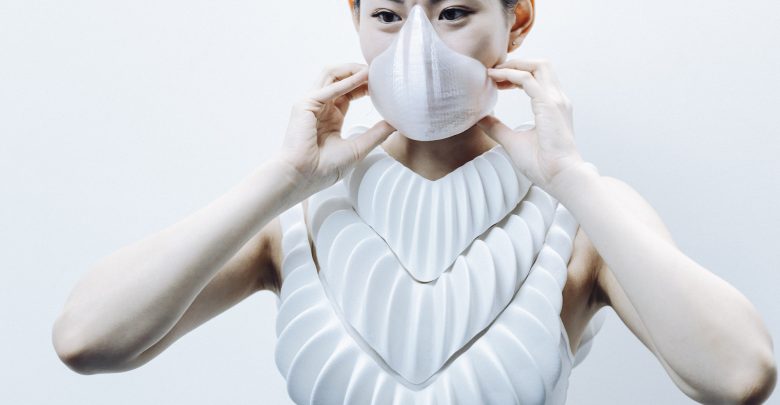 Our planet may see an increase in global temperatures of 3.2 degrees Celsius by 2100. Countless people could be displaced as a result of the rise in sea level. Megacities situated in coastal areas would be submerged.

People may be forced to spend time underwater

But, of course, that’s a bit of a problem for us land dwellers. To help, a Japanese scientist named Jun Kamei at the Royal College of Art in London, in collaboration with the RCA-IIS Tokyo Design Lab, has invented an underwater breathing device that is inspired by the gills of a fish.

Constructed with 3D printing, the “Amphibio” apparatus features a respiratory mask attached to the gill assembly. The microporous, hydrophobic material of the apparatus enables oxygen extraction from the surrounding water while removing carbon dioxide.

Kamei said, “In a near future, it could allow the wearer to stay underwater longer than in free diving, but with less equipment than in scuba diving.”

“It provides daily comfort to people who spend as much time in the water as on the land,” according to Kamei.

Amphibio gills can not yet produce enough oxygen to sustain a human being. But Kamei is optimistic. He envisions a future in which people can print garments tailored to suit their body shape where Amphibio is one of their options.