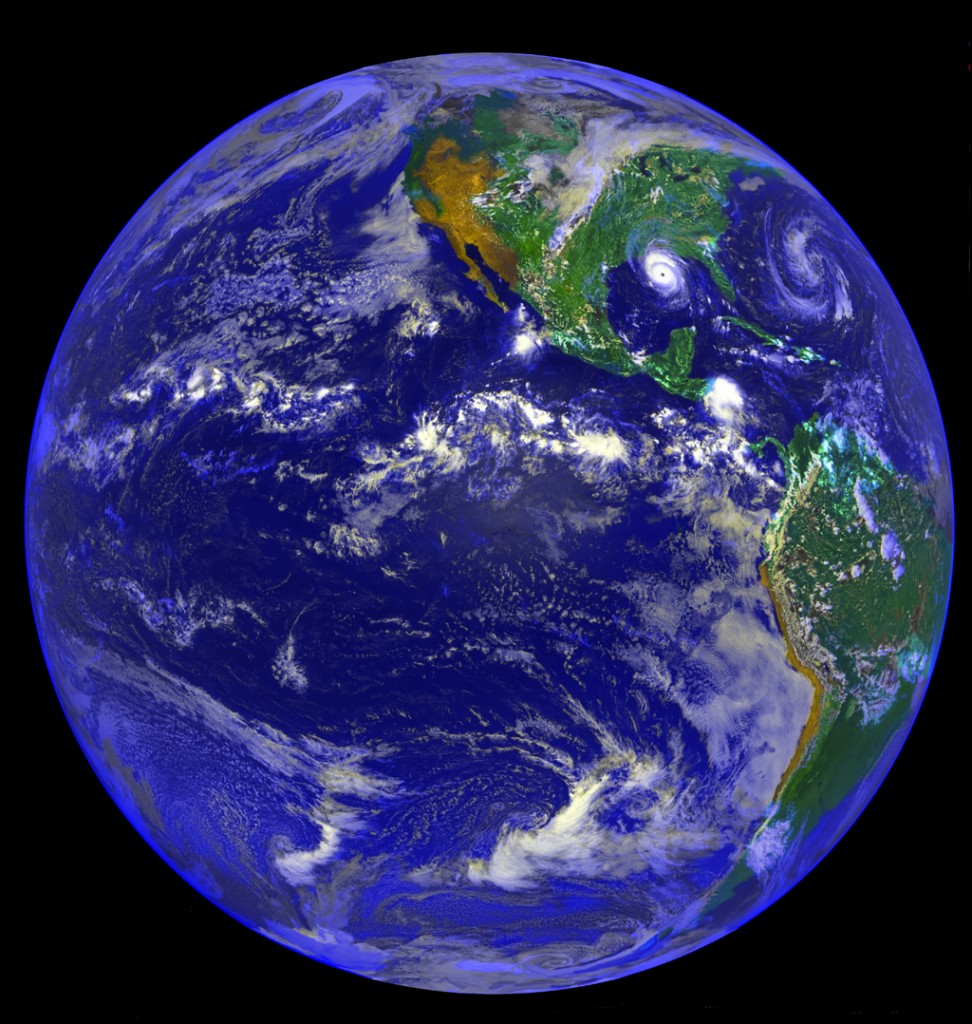 Some talk and some act. Of course both are important but ideas key to the future of humanity and livingry are getting short shrift in the “act” department. Take global warming — governments and world leaders have been talking about the issues for decades with very little to show except more hot air.

But scientific organizations like the Intergovernmental Panel on Climate Change (IPCC), and American Association for the Advancement of Science (AAAS), the world’s largest general scientific society, among others, have weighed in and determined the situation is serious enough that immediate corrective action must be taken.

Paradoxically, the vast majority of multinational corporations, with the deep pockets needed to hire top talent to assess the threat of climate change, seem to be way ahead of governments and the general population in devising plans to help protect business operations from climate adversities.

An IndustryTap article “403 of Global 500 Companies Report Carbon Footprints” details how corporate boards everywhere now have seats for “climate change specialists” to inform them of potential threats to business. In 2014, the titans of global commerce voluntarily reported carbon dioxide (CO2) emissions to the Carbon Disclosure Project (CDP) which represents 767 global institutional investment companies with combined assets of $92 trillion. CDP’s mission is to “drive sustainable economics” implicitly accepting the notion that the world is not yet on a sustainable path.

Even the U.S. Department of Defense has developed the “Climate Change Adaptation Roadmap” to protect its considerable assets spread across the globe. In its report, the terms “global warming” and “warming” are not used but “climate change” is used 19 times, “extreme weather” 12 times and “sustainable” 11 times. Cap In Trade Is A Bad Idea

One idea floated by the powers that be is a “cap and trade” system whereby permits would be issued to allow businesses to pollute at a certain rate. Those businesses that pollute more than their permitted rate could go to a central marketplace where a company that pollutes less than its permitted rate would sell its right to pollute, helping the “heavy polluter” to get under the cap or face fines. The problem is that these types of systems have too much room for corruption. It has been suggested, for example, that companies would have an incentive to create fake businesses that pollute the air just enough to earn a permit to pollute and then go to the marketplace to sell their unused rights. Such as system would be difficult to enforce and could make emissions worse.

Bjorn Lomborg of the Netherlands has come up with a plan that seems very simple, even too simple, perhaps. Lomborg has given several TED talks, written several books, testified before the U.S. Congress, regularly written for the Wall Street Journal and appeared in Bill Gates’ Gatesnotes.

Lomborg acknowledges climate change is real but according to Michael Suoboda’s article in Yale Climate Connections, “A Critical Review of Bjorn Bomberg’s ‘Cool It‘”, Lomborg continually oversimplifies and misrepresents the scientific data. Lomborg, to his credit, has an action plan:

Give Lomborg credit as well for speaking about all of the world’s most pressing problems at the same time and trying to devise a comprehensive plan everyone can get behind in order to solve them. Don’t like his plan? What’s yours?

In the following video, featured on Gatesnotes, Lomborg illustrates the energy gap between the rich and poor:

And in the next video, also featured on Gatesnotes, Lomborg discusses how people in poor countries need access to cheap electricity: