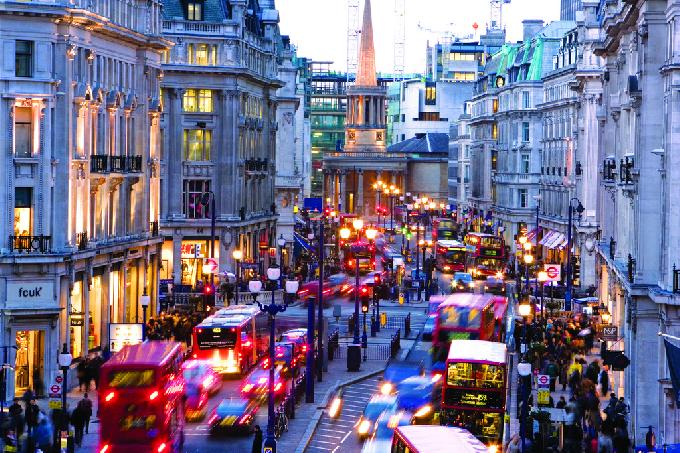 An Exciting Future for Cities

For a city to be smart, it must be livable. This means commute times should be reasonable, noise levels low, and living offers residents and visitors the least amount of “friction,” i.e., anything that detracts from a healthy lifestyle.

Population Trends a Challenge to Livability

Population trends show that cities will grow more than ever over the next 50 years making them home to the majority of the world’s population. In order to serve both residents and visitors, cities are retooling with the newest technologies. The “retooling game” is in its early innings, but significant progress is already being made.

A large number of business and professional associations, regional and local governments, and heads of state and government are working with major companies including Google, Amazon, Intel, Samsung, and scores of others on research and development on how to tackle the problems cities are facing.

Columbus, Ohio, winner of the 2016 U.S. Department of Transportation “Smart Cities” grant from among 77 participants, is using its $50 million grant to create an open-source “Smart Columbus Operating System” to identify the city’s inefficiencies and streamline operations.

The Columbus Smart City OS will use software, hardware and other tools to collect data about the city: heights, length, and other measurements for bridges, highway rest areas, and buildings. Other data will include transportation times, route optimization, dissemination of mapping data, information on traffic flows, street closures, parking and more. Much of the data created by smart cities will be openly available so that new open-source applications can be developed to make cities even more efficient.

Smart Columbus will create an “operating manual” that any city in the world can use as a guide. The OS will be a real-time data collection ecosystem that will help various actors provide better services.

One of the biggest problems cities face is congestion caused by automobiles and train systems, which slow down movement, add to pollution and increase anxiety levels. Many cities have already taken steps to limit traffic by instituting higher tolls, carving out areas where vehicles are not permitted, and pledging to eliminate vehicles entirely.

New technologies such as “shared” driverless vehicles, part of an expanding “sharing economy,” will certainly play a part in reducing traffic in cities. According to analysts, driverless vehicles are likely to reduce the total number of cars on the road by up to 80 percent as most vehicles spend as much as 95 percent of their lifetime parked on the street or in the garage. Driverless vehicles in congested urban areas can be used “on demand” and fleets of driverless vehicles can be kept in the wings for use during periods of peak demand.

With shared car service expected to cost a consumer 1/10 the typical yearly expense of owning a car ($10,000), the move to driverless vehicle use may happen much sooner than expected.

All automobiles in smart cities will be connected to a city’s operating system with each vehicle collecting as much as 700 GB of data per second. This information will be fed into supercomputers that will run complex algorithms to optimize conditions, i.e., keep traffic moving, identify problems, collect tolls and parking tickets, etc.

At the 2017 Ecomobility World Festival in Kaohsiung, Taiwan, a group of cities, NGOs, universities and major companies signed on to the Shared Mobility Principles for Liveable Cities agenda which suggests the experiment in Columbus is just the beginning.

The proliferation of sharing economy services like Uber, Lyft, Airbnb, and others are being counted on by city planners to help ease congestion and make life in the city more livable.

Following are the Shared Mobility Principles:

Perhaps the most important contributor to the efficiency of cities will be the impact of the Internet of Things (IoT). The Columbus, Ohio, operating system will use an increasing number of sensors thereby increasing the amount of data that can be converted into actionable information. The IoT will harness artificial intelligence, robotics, and other innovations to truly make cities smart.