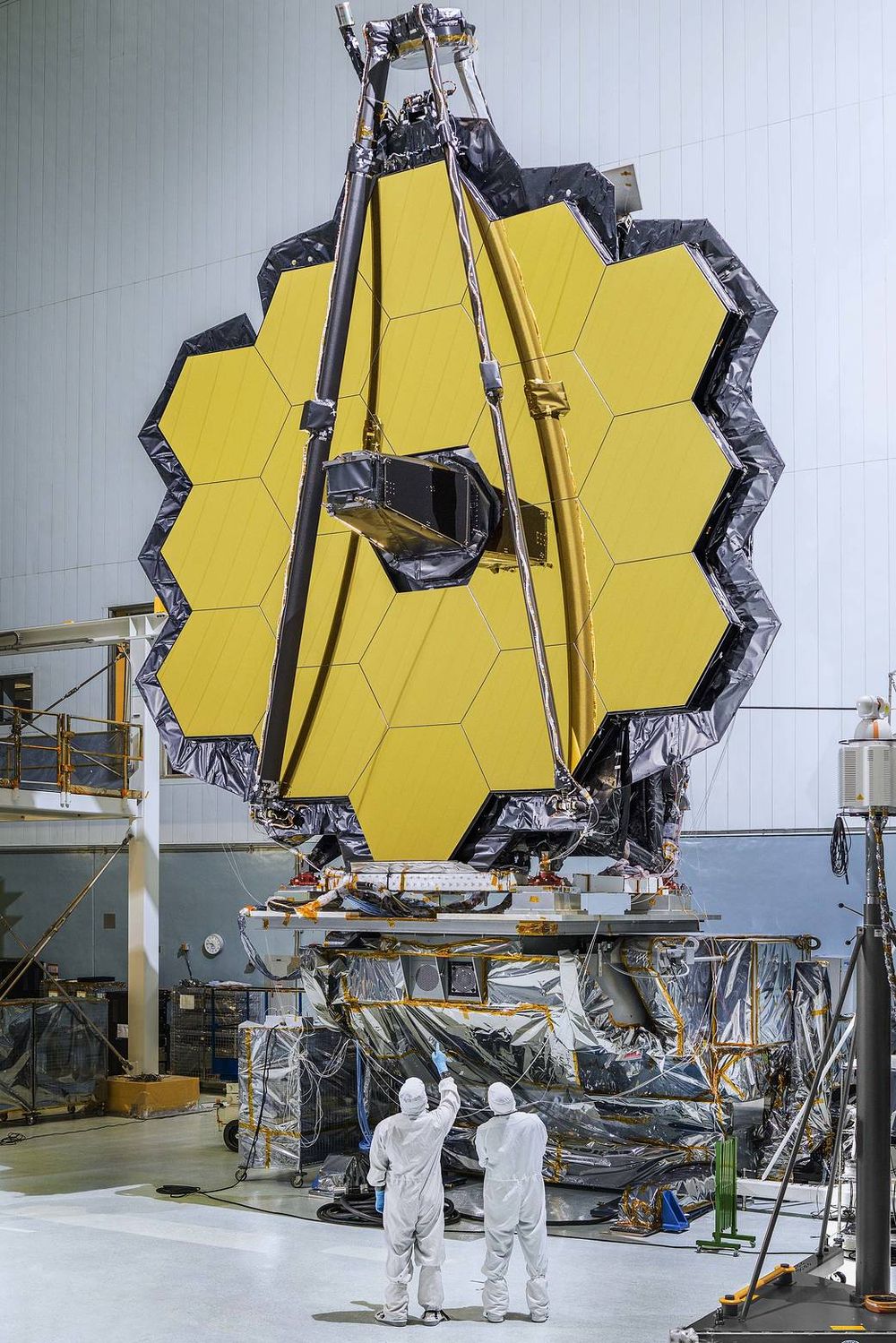 The James Webb Space Telescope (JWST), the largest space telescope ever built, is finally complete. It has taken nearly 20 years and billions of dollars to build this successor to the Hubble Space Telescope. It is expected to launch within two years.

This masterpiece is going to peer back in time 3.5 billion years and will help us know more than ever before about the start of the universe.

Compared to its predecessor the Hubble Space Telescope, JWST is much bigger and more powerful.

JWST can see even in infrared light, which Hubble cannot do well. The telescope’s infrared view will help in piercing through obscuring cosmic dust and could help unravel the secrets of our universe.

The main component of the telescope is the primary mirror and is comprised of 18 hexagonal mirrors made of ultra-lightweight beryllium. These mirrors will unfold and adjust after the telescope has launched.

The Webb telescope’s five-layer sun shield, which is of the size of a tennis court, will prevent the background heat from the sun from interfering with the telescope’s infrared sensors.

As per NASA employee Sarah Loff, “Scientists will peer back over 13.5 billion years to see the first stars and galaxies forming out of the darkness of the early universe. Unprecedented infrared sensitivity will help astronomers […] understand how galaxies assemble over billions of years. Webb will see behind cosmic dust clouds to see where stars and planetary systems are being born. It will also help reveal information about atmospheres of planets outside our solar system, and perhaps even find signs of the building blocks of life elsewhere in the universe.”