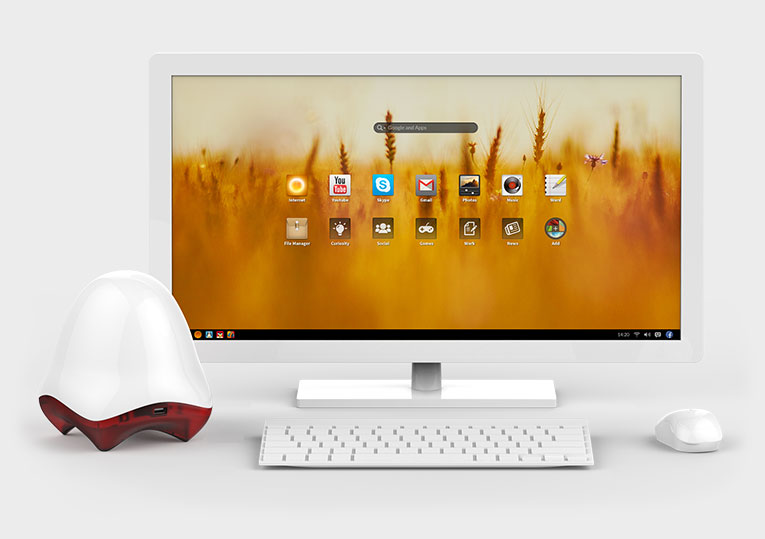 This isn’t the first time we’ve seen a “computer for all” campaign to bring remote regions online. But “Endless” CEO, Matt Dalio, thinks he’s built a better mousetrap, or rather PC, with his new design. And the plan is to get the world connected, even without being internet dependent.

This little machine is shaped like a dome, with a speaker on the bottom and various ports in the back. But inside, its small body is chock full of useful, and brainy, software features that can accommodate users with or without internet access. In order to meet the needs of people in emerging countries, and meet the goal of making it accessible in those markets, the PC had to be simplified that way.

The Endless team concluded that, even where electricity was inconsistent and internet access scant, people usually had access to cell phones and televisions. So it made sense to focus on utilizing these consistent assets rather than bemoaning the lack of available infrastructure.

To that end, the Endless comes equipped with about 150 useful apps that don’t require internet access and even includes Khan Academy and Wikipedia along with other educational tools. There are recipes, health info, and an encyclopedia included, but there is a browser for when internet access is possible. The system specs include an Intel Celeron N2807, 1.7 GHz dual-core processor with a burst speed of 2.1 GHz, 32 eMMC and SD storage and 2 GB of RAM. It runs on “Endless OS” (Linux inspired) and makes a point of noting that it will not run Windows applications. It does come complete with an office suite, music, games, and video.

The entrepreneurs have a very different mission than previous projects such as One Laptop Per Child. They are not a non-profit organization out to produce the cheapest computer possible; they want to provide a quality product that people in “emerging markets” have indicated they want. The Endless contention is that lots of families in Asia, Africa, and across the Americas have jobs and some income that allows them to have cell phones and HD-quality TVs. For purposes of education, health, and even small business, a computer can offer what a tiny cell phone just can’t. But it has to be a quality product for a reasonable price.

The team launched their campaign on Kickstarter and exceeded their target goal almost immediately. They retrofitted an old school bus and are getting ready for a Mexico and Guatemala adventure to launch the product where it will make a big difference in the lives of “poorly connected” communities. The bus is designed as a “roving educational internet(less) cafe” to demonstrate the power of the offline apps included. You can follow their journey on social media and hear stories told by the recipients.

As the wheels go round and round, this little computer on its endless adventure can offer a “seat on the bus” so that people in less developed countries have access to the on-ramps of the world’s information highways.