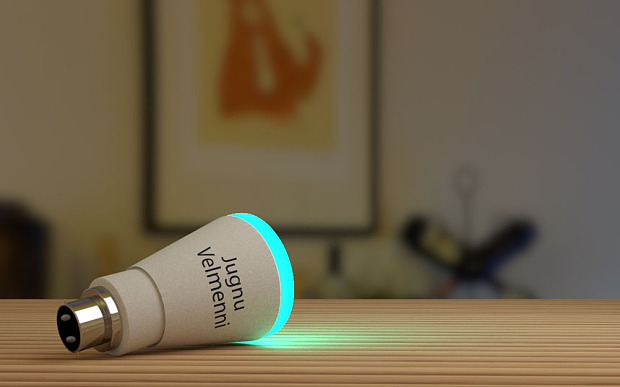 As internet usage continues to rise around the world, the ever-growing demand for faster data transfer speeds is pushing Wi-Fi to its limits.

It is estimated that by 2019, the world will be trading about 35 quintillion bytes of data every month. Wi-Fi will not be able to handle all that data; it will simply run out of space.

But an emerging technology called ‘Li-Fi’ could provide the answer to increasing frequency congestion. Li-Fi can offer internet speeds up to 100 times faster than current Wi-Fi connections.

In lab experiments, scientists have hit speeds of up to 224 GB per second. That means HD movies and video games could be downloaded in a fraction of a second.

Though Li-Fi or ‘Light Fidelity’ was invented in 2011, this is the first time it has moved to trials in a real world setting. An Estonian start-up called Velmenni is currently trialing it in offices in Tallin, Estonia. Velmenni was able to achieve connection speeds of around one gigabit per second in office settings.

How does Li-Fi work?

Li-Fi technology uses Visible Light Communication (VLC) to transmit messages in binary code (1s and 0s) by LED lights that flicker incredibly fast. Relying on the visible light to work is this technology’s major limitation. The light cannot travel through walls, which makes for a much shorter range. However, the network is much more secure.

The future of Li-Fi:

Deepak Solanki, CEO of Velmenni, thinks that the technology could be made available to consumers within the next three to four years. However, with Li-Fi’s limitations, it might not replace Wi-Fi entirely but could run parallel to it for better speed and efficiency.

BMW Is Now Sourcing its Aluminium From Green-Powered Suppliers