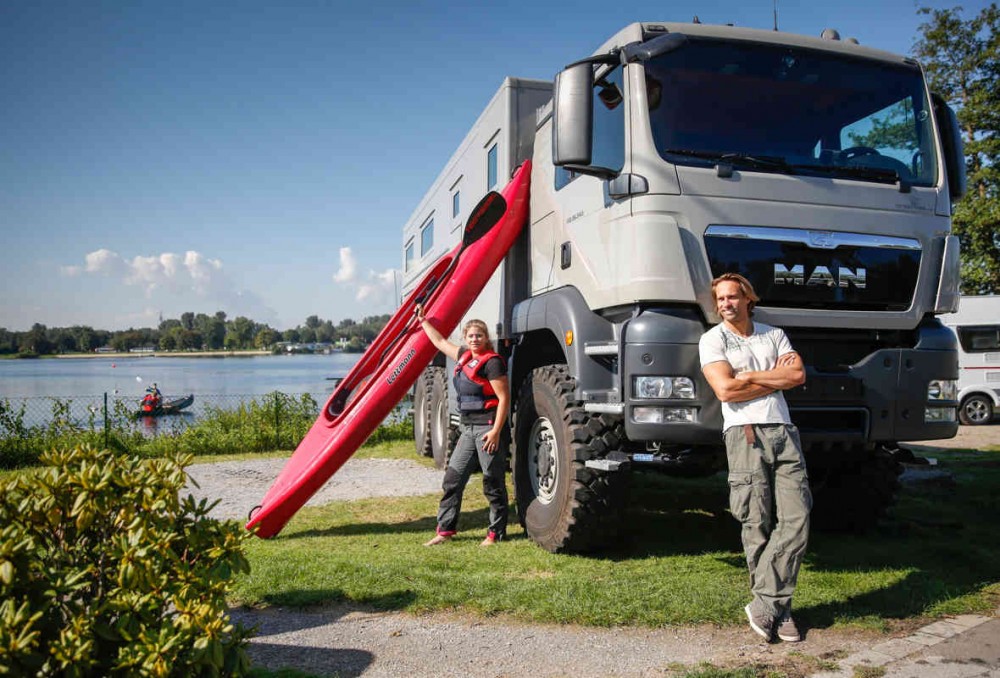 The Action Mobil Global XRS 7200 (AMGX) is a “motorhome” intended for use in global expeditions and designed and built to withstand almost anything one might encounter.

The company was started 40 years ago in Austria by Otti and Steffi Reitz who had a dream of building custom-made off-road and expedition motorhomes. The couple sold their company in 2000 to fellow adventurers Stefan Wirths and their daughter Daniela Reitz-Wirths. To date Action Mobil has built more than 250 vehicles.

The following image is from an expedition in Morocco in 2014. With its six driven wheels, two powered axles and a 720 horsepower engine, AMGX is capable of traversing deserts, mountainous areas and jungles thanks to its sturdy design. The vehicle has a hydraulic lift so that motorcycles and even small cars can be loaded and unloaded easily. For the comfort of occupants the AMGX includes luxurious features such as a Bose Sound System and a built in 40-inch 4k HDTV flatscreen TV. AMGX also comes with solar panels that provide energy for running appliances and lights on the inside of the vehicle. The vehicle also has a state of the art Lithium Ion Energy System to store electricity generated when moving so it can deliver clean, silent electricity when standing still.

Plastic Teabags Are Filling Our Tea with Billions of ‘Microplastics’