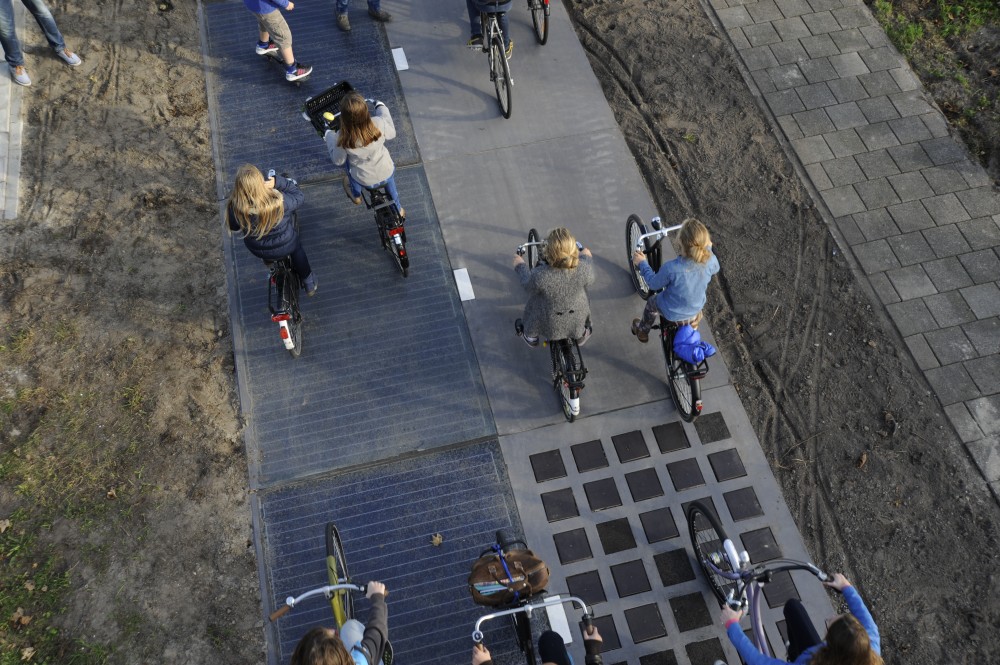 Just imagine if our roads could act as solar panels and are able to generate power for our houses as well as charge the electric vehicles that drive on them.

The Netherlands built the world’s first solar road in Krommenie, dubbed as SolaRoad, a year ago. It is an experimental bike path that functions as a giant solar panel. The results have surprised the designers, as over the past year the path has generated 70 kWh/m2 of energy, which is sufficient to power about three houses.

Here are some important features of the revolutionary SolaRoad:

Over 9800 kWh of energy was generated from 70 meters of space, so imagine the potential of this technology if adopted on a wider scale.

Looking at the success of this project, engineers foresee that many more cities around the world will adopt the idea and use existing roadways to gather cheap and sustainable energy.