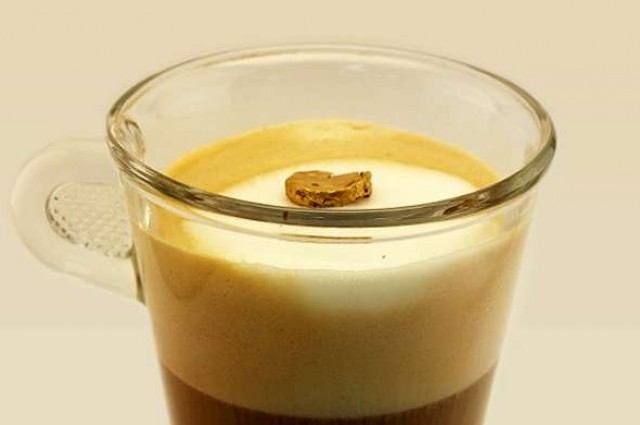 Legendary and beautiful, gold is a precious metal. Gold is extremely dense, and it is one of the heaviest of all metals.

But Scientists in Switzerland have created a new type of gold that’s as light as air and weighs less than water.

They developed a 20 karat nugget of gold aerogel that can float on milk foam. Not only this, the gold nugget is almost one thousand times lighter than conventional forms of gold.

The gold aerogel, or gold foam, is soft and bendable by hand. About 98% of the gold aerogel is air, and only two percent of the material is a solid material, with more than four-fifths of being 20-carat gold. The rest is milk protein fibrils.

The gold aerogel was created by heating milk proteins until they formed tiny fibers (technically known as amyloid fibrils), which was later placed in a solution of gold salt. Once the solution was allowed to evaporate, the fibers formed a network, and the gold particles began to crystallize around it. This formed a golden grid full of air.

Since the simple air drying could have damaged the gold, scientists used a slow and delicate drying process called supercritical drying, which is also used to decaffeinate coffee.

Lightweight gold can soon make it into our lives

The light gold will be exceptionally economical because of the smaller material requirement due to its porous structure.

The Story Behind Tesla Motors’ Mission As Auto Industry Trailblazer