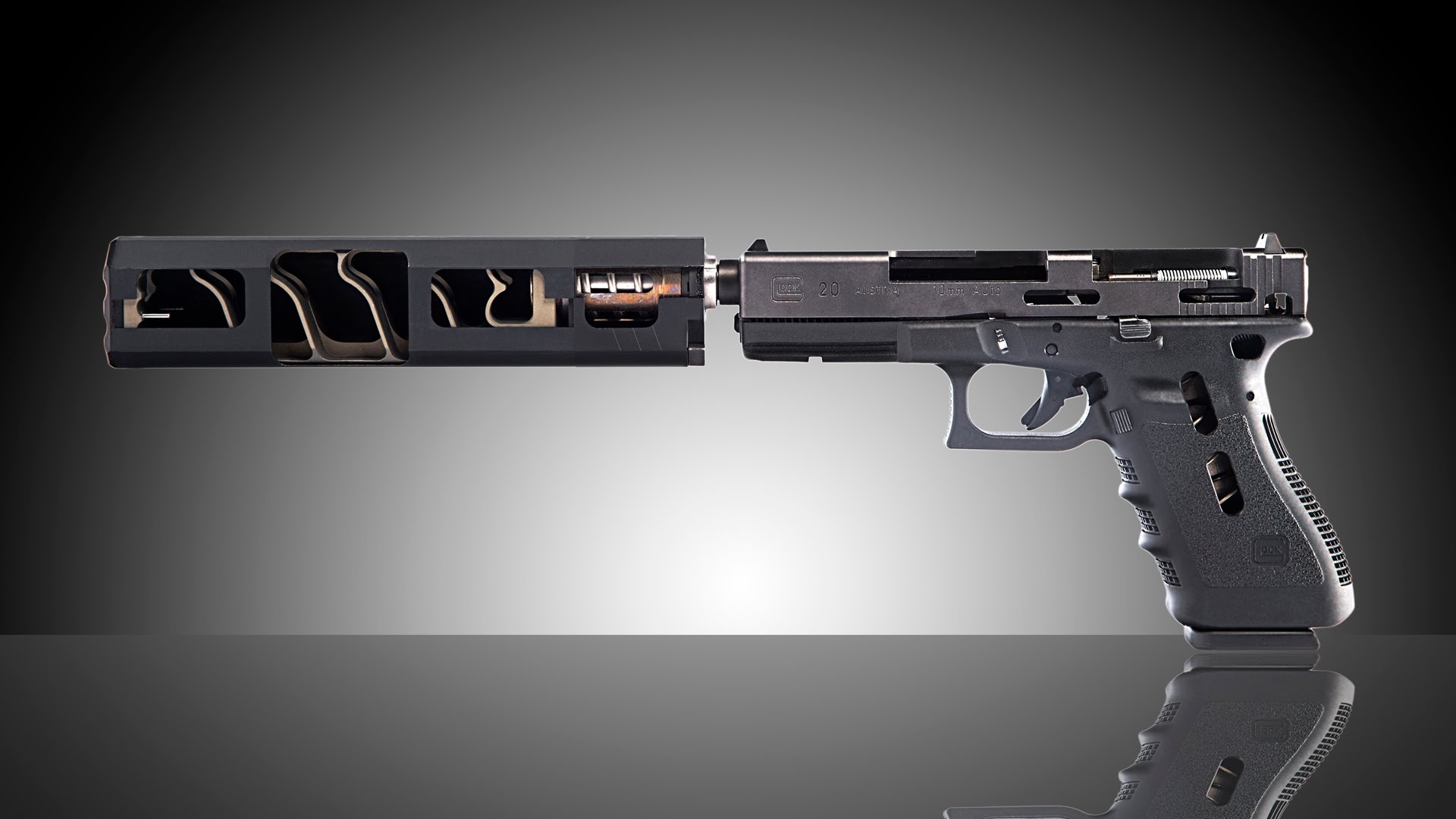 For those of you who have been longing to know what the inside of a suppressor/silencer looks like, today is your lucky day!

The featured image above from SilencerCo gives you a glimpse inside the device while the animated infographic below explains how it functions.

Suppressors reduce the decibel level of the gun sound, eliminating the need to wear hearing equipment when firing.

The term ‘silencer’ is commonly used. However, it is a bit of a faulty description since it doesn’t exactly silence the gun. Instead, silencers reduce gunshot noise by giving gases a larger, contained space to dissipate and cool before exiting, explained above.

The Omega is SilencerCo’s quietest centerfire rifle suppressor. When paired with subsonic ammunition such as the company’s Harvester 300 BLK load, the noise level at the muzzle can be as low as 119.5 decibels, 20.5 decibels below the level considered hearing-safe.

So in the end, a silencer suppresses a gun firing sound enough to shoot safely without blowing out your eardrums.

Well, for some guns at least…

Awesome New Cooler Invention Is Raising Money At a Record-Pace on Kickstarter!
No More Hunting for Parking – Robot Valet Does it For You