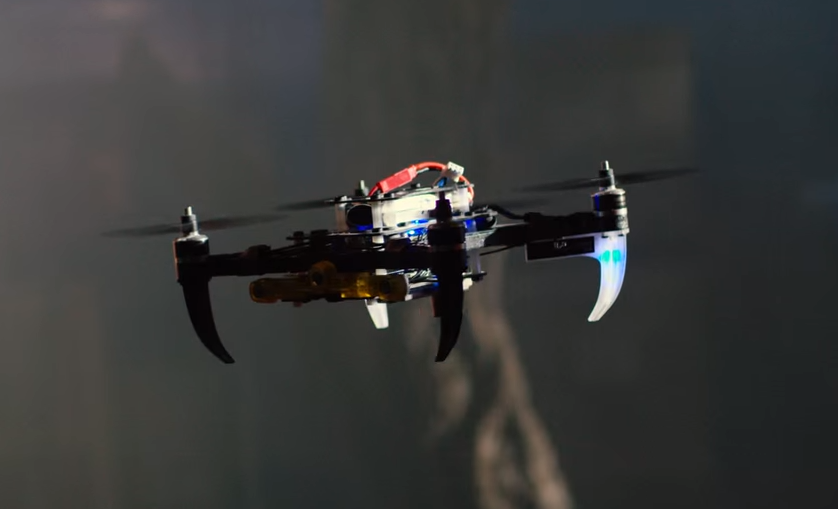 It appears as though we will be dealing with smarter, more intuitive drones moving into next year, as Qualcomm released a sneak peak video of the new Snapdragon flight chipset ahead of CES 2016.

According to Qualcomm, the company’s Snapdragon Flight processors will make advanced features more widely available, in addition to improving overall battery life and cutting the costs of drones.

While the video below serves as merely a sneak peak of the Snapdragon chipset for drones, it demonstrates its ability to use sensors to map out spaces in 3D and its intuitive ability to circumvent obstacles during flight.

“And we think we can extend the battery life from 20 minutes to 45 to 60 minutes. That will open them up to a much broader audience and a whole new range of applications.”

All in all, it looks like drones are moving on up.

The next generation of Qualcomm® drone technology is coming to this year’s Consumer Electronics Show in Las Vegas. The Qualcomm Snapdragon Flight drone platform will demo new technologies and systems including the autonomous navigation system — the intelligence to perceive objects in flight paths for safer and more reliable navigation.

Visit the Qualcomm Snapdragon Flight Booth at CES to see in-depth demonstrations of these new technologies in action.

The Future of Exploration: Robots that Walk Around Without GPS
WARNING, Experiment Only: Electrostatically Harvesting Power from High Voltage Power Lines