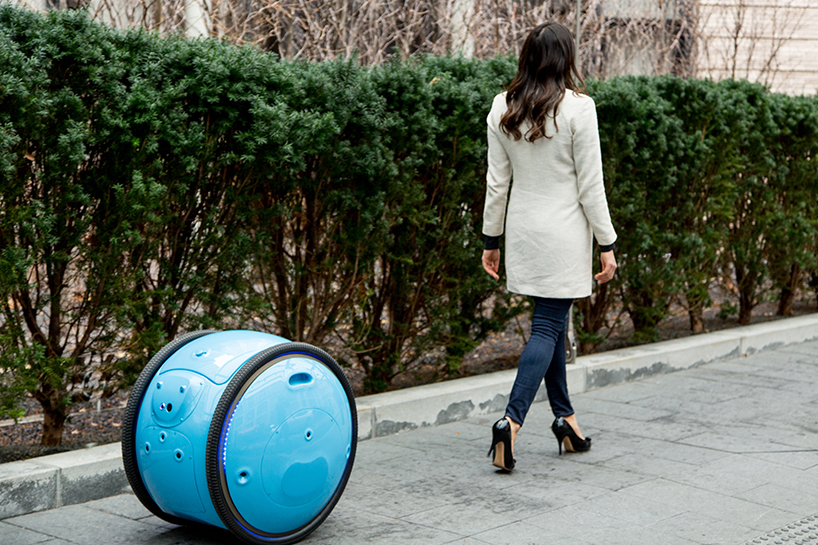 Piaggio, a company notable for creating the Vespa scooter, has a new device called the Gita cargo bot which is essentially your luggage in a round container that follows you around.

Who isn’t in the market for a neat little bot that effortlessly rolls around behind you and carries all your belongings?

The Gita cargo bot is being developed by a new branch of the company called Piaggio Fast Forward, and represents PFF’s first official product.

The company describes the travel bot companion as a “smart, nimble, cargo vehicle designed and engineered with the same attention to safety, braking, balancing, vehicle dynamics and performance that you would expect of a motorcycle or car.”

Hard to miss, the Gita cargo bot is essentially a bright blue orb with skinny wheels on each side for easy maneuverability.

Its center console area can stow belongings, enabling the user to be hands-free at all times.

“Think about how differently you would move if your hands were free, carrying cumbersome belongings wasn’t a consideration, and you had a companion who moved just like you do,” says the company.

You can’t quite put the Gita cargo bot in a box, however, because while yes it was designed to follow your lead, it has numerous other potential applications such as: